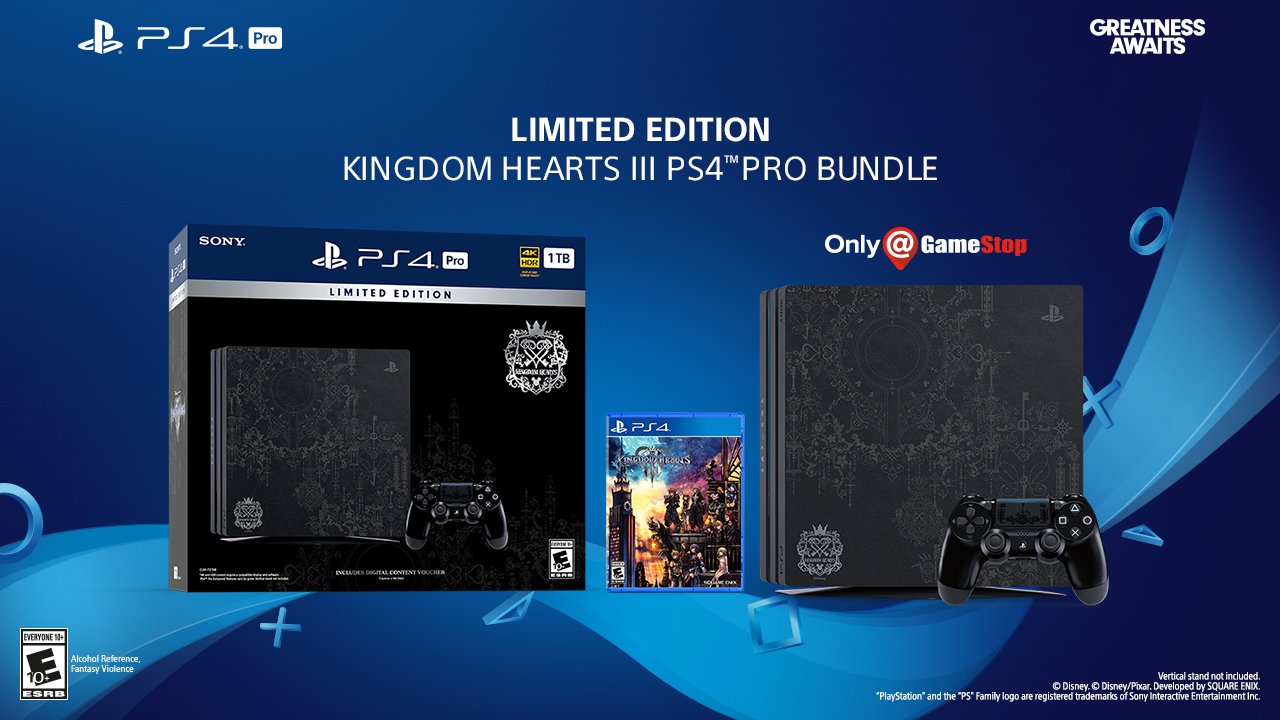 It’s just about a month until we embark on another spectacular journey with Sora, Donald Duck and Goofy in a magical array of Disney and Pixar worlds in Kingdom Hearts III. In anticipation, we’re pleased to announce that the Limited Edition Kingdom Hearts III PlayStation 4 Pro bundle will be launching in the U.S. and Canada alongside the game on January 29, 2019. 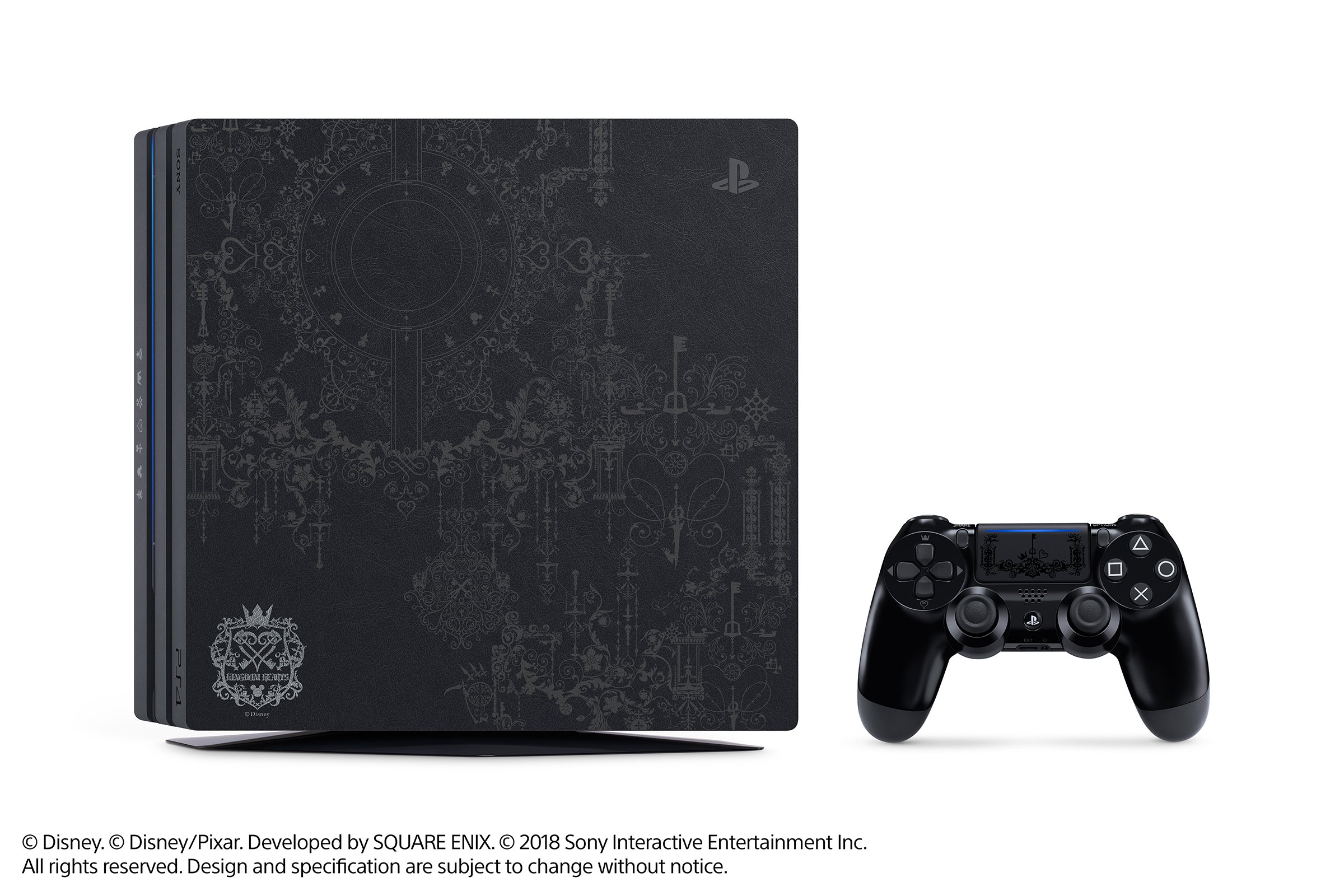 On PS4 Pro, both 4K TV and HD TV owners will benefit from enhanced resolution for a stunningly sharp and detailed look of Sora, his friends, and iconic Disney-Pixar worlds, when compared to a standard PS4 system. 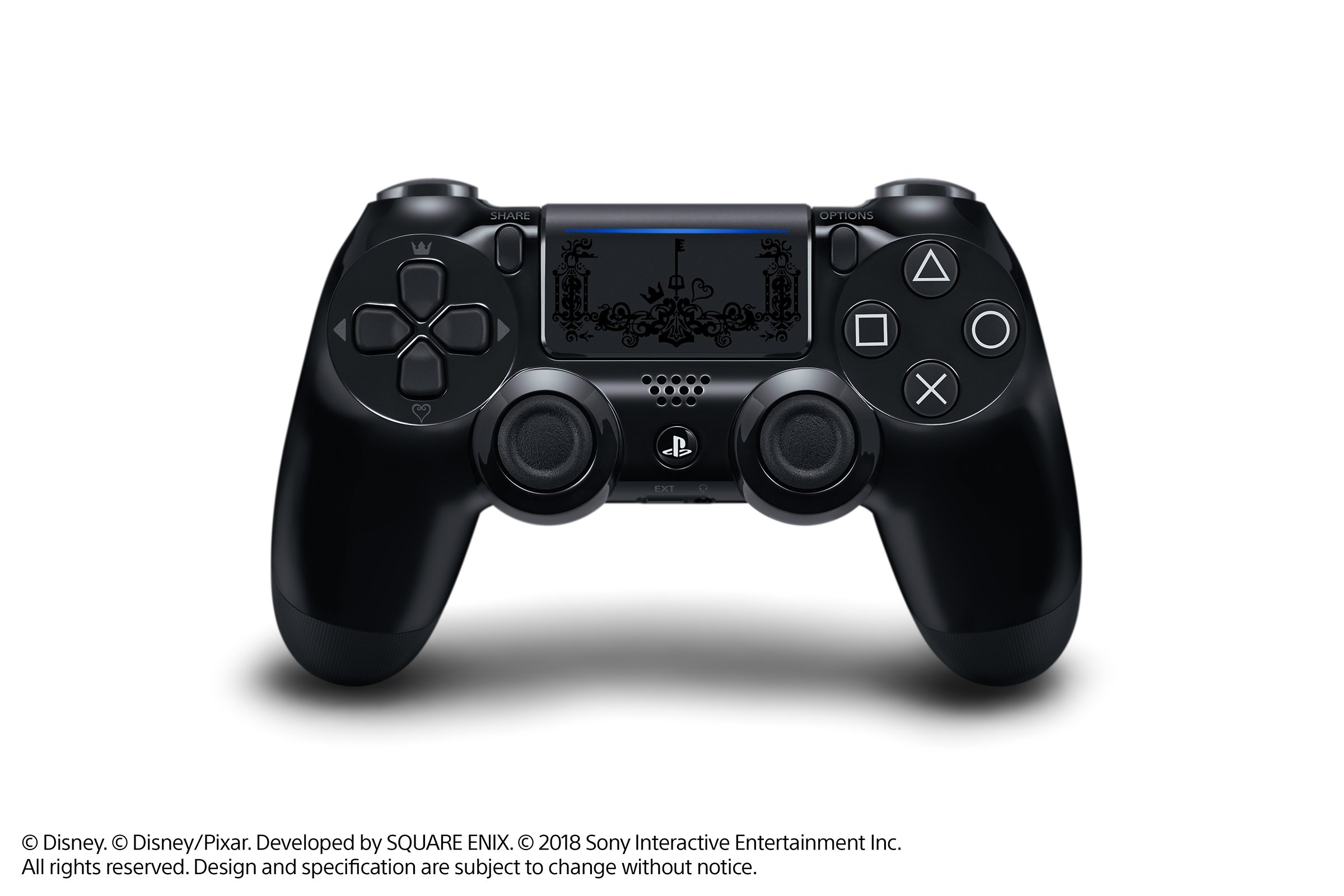 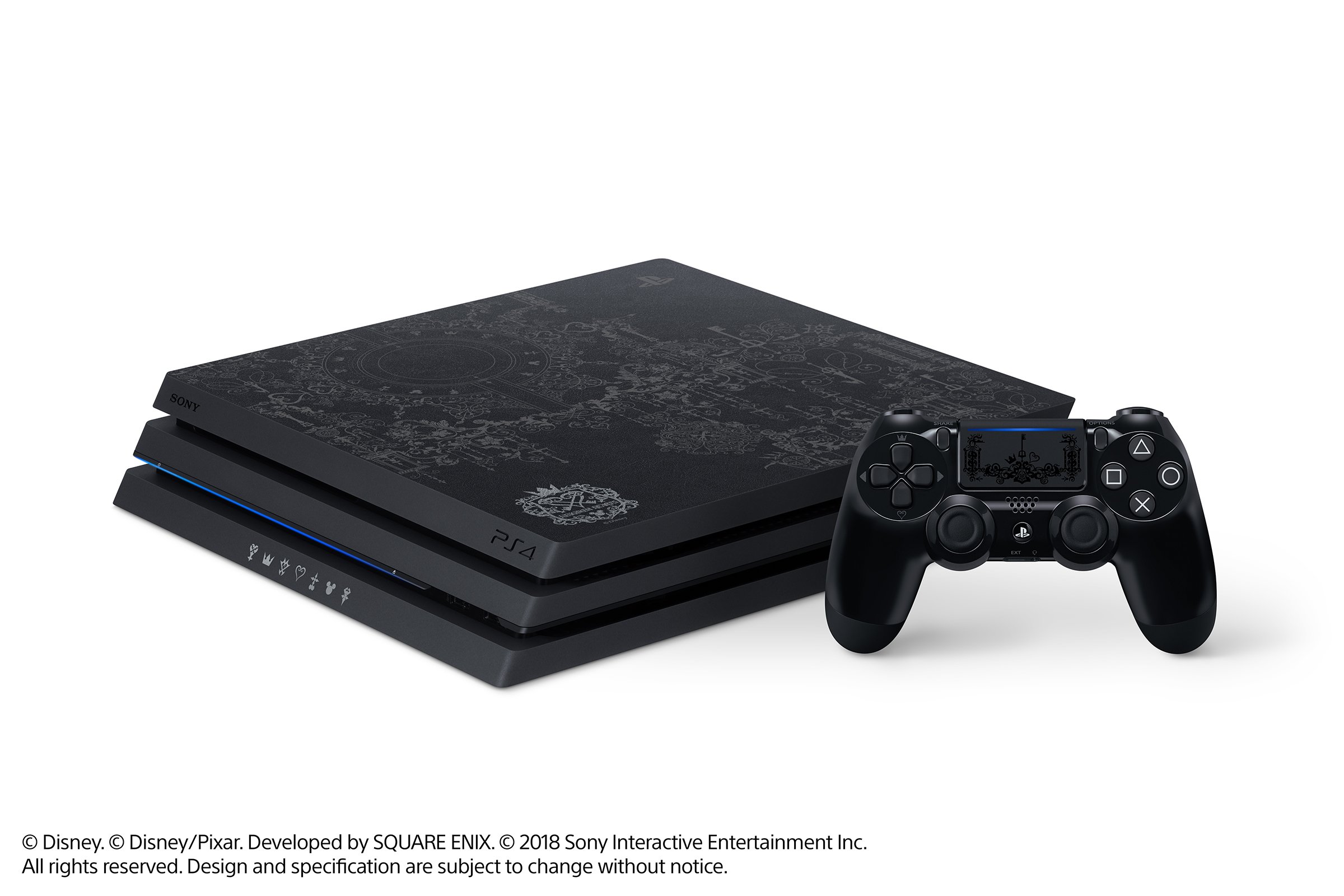 ​
Fight the darkness in Kingdom Hearts III with this special edition console. Let us know what you think of the system in the comments below!