https://www.anandtech.com/show/13774/intels-keynote-at-ces-2019-10nm-ice-lake-lakefield-snow-ridge-cascade-lake schrieb:
This year it seems that Intel is finally ready to talk about 10nm. After next-to-nothing on the subject at CES 2018, Intel is now talking about three new processor families: Ice Lake, Lakefield, and Snow Ridge. Despite the naming, it looks like Intel might be coming in out of the cold – to finally let it go – and roadmaps on upcoming products are being discussed.
...
Ice Lake, or more specifically Ice Lake-U it would appear, will be Intel’s first volume client processor on 10nm. Mobile processors are usually small, so it makes sense for Intel to use one for their first volume part in order to balance yields and costs – we’ve seen it before with 14nm, where Broadwell-U entered the market first. The base design from Intel looks to have four cores, eight threads, and 64 GPU execution units for graphics. Intel stated that they are driving the die area even more towards graphics under Gen11 in order to get more performance. This will be, according to Intel, its first standard (GT2-class) processor with 1 TFLOP of integrated graphics performance. 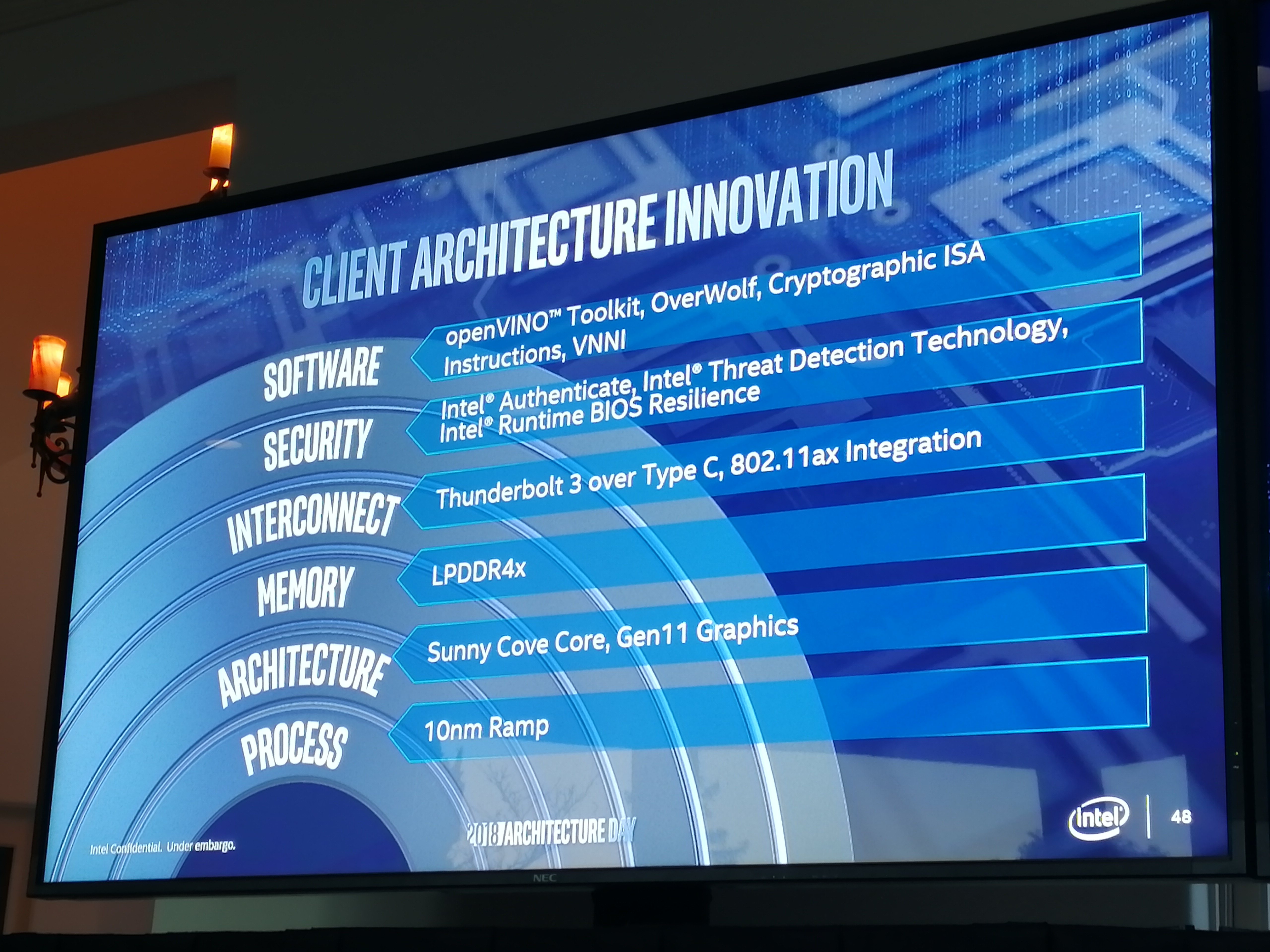 Intel's Image Processing Unit, or IPU, is also upgraded to a fourth generation model. This part of the chip, according to Intel, now has a concurrent imaging pipeline for machine learning, and can support a single IR/RGB camera for login (e.g. Windows Hello). The IPU's power plane has also been tweaked, giving it more performance/power states so the system can save power as needed.
...
At Intel’s Architecture Day in December, we saw a new class of chip from the company: a hybrid x86 CPU. It was a big announcement for two reasons: the first was that it featured both Core architecture and Atom architecture CPU cores, something that Intel had never done before. Ever since Arm's success with the similar concept of big.Little designs, we have been expecting Intel to come out with some products following this idea, but it was big news that this was finally the time. The second reason for it being a big announcement is that it used ‘Foveros’, Intel’s 3D active interposer technology that puts the cores and graphics on a chip on an interposer. However in a wrinkle from other interposer-based solutions, Foveros but puts the IO in the interposer (rather than using the interposer as a 'dumb' piece of silicon to route signals) all with through-silicon vias to make it work. A chip like this is much smaller in the x/y dimensions, as well as showcasing some very nice packaging technology.
...
Intel also announced, briefly, that they will be releasing six new desktop 9th Gen Core processors, from Core i3 to Core i9. We found the parts listed on Intel's ARK database just after the keynote and you can read our writeup here.
Also in the 9th Gen space, Intel said that the mobile 9th Gen Core processors will be available in Q2.
...
Klicken, um alles anzuzeigen... 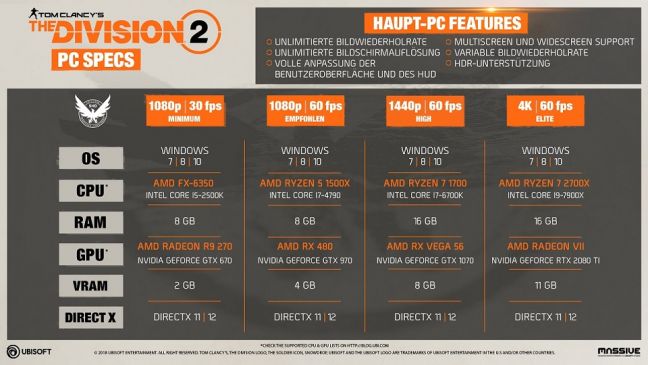 During the Consumer Electronics Show in Las Vegas last week, we picked up an intriguing rumor circulating among a few C-Level executives that Intel Corp. is pondering the acquisition of AMD.
Klicken, um alles anzuzeigen... 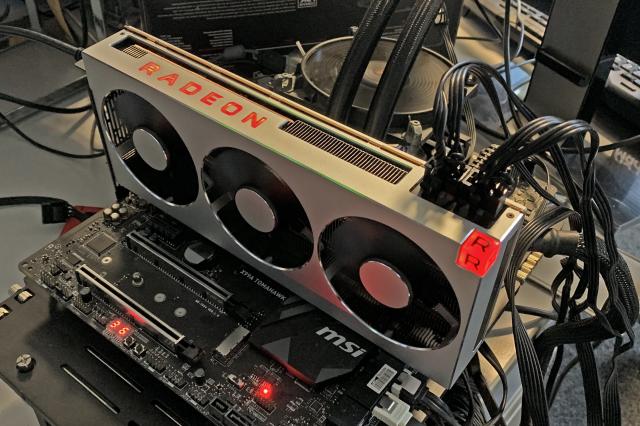