Super Mario Maker 2 retains No.1 for a second consecutive week as Nintendo Switch games impress across the UK Top 40.

The game's No.1 performance is strong, with just a 47% fall in sales from its first week. The title keeps itself ahead of Crash Team Racing Nitro-Fueled, which drops 45% in its third week in the charts (but holds second place).

No.5 is another Switch fast climber, with Super Smash Bros Ultimate jumping five places after a 21% increase in sales performance. The fourth Switch game in the Top Ten is a return for The Legend of Zelda: Breath of the Wild, which makes No.9... despite sales actually falling 9%.

Further down the charts, Super Mario Party (+1%), Super Mario Odyssey (+14%), New Super Mario Bros U Deluxe (-11%) and Pokémon: Let's Go Pikachu (-1%) all rose up the charts, although some of those titles did drop slightly in sales. Broadly, handheld games tend to be more resilient in the summer months when game sales take tumble, with consumers picking up portable devices to play on their summer breaks.
Klicken, um alles anzuzeigen... 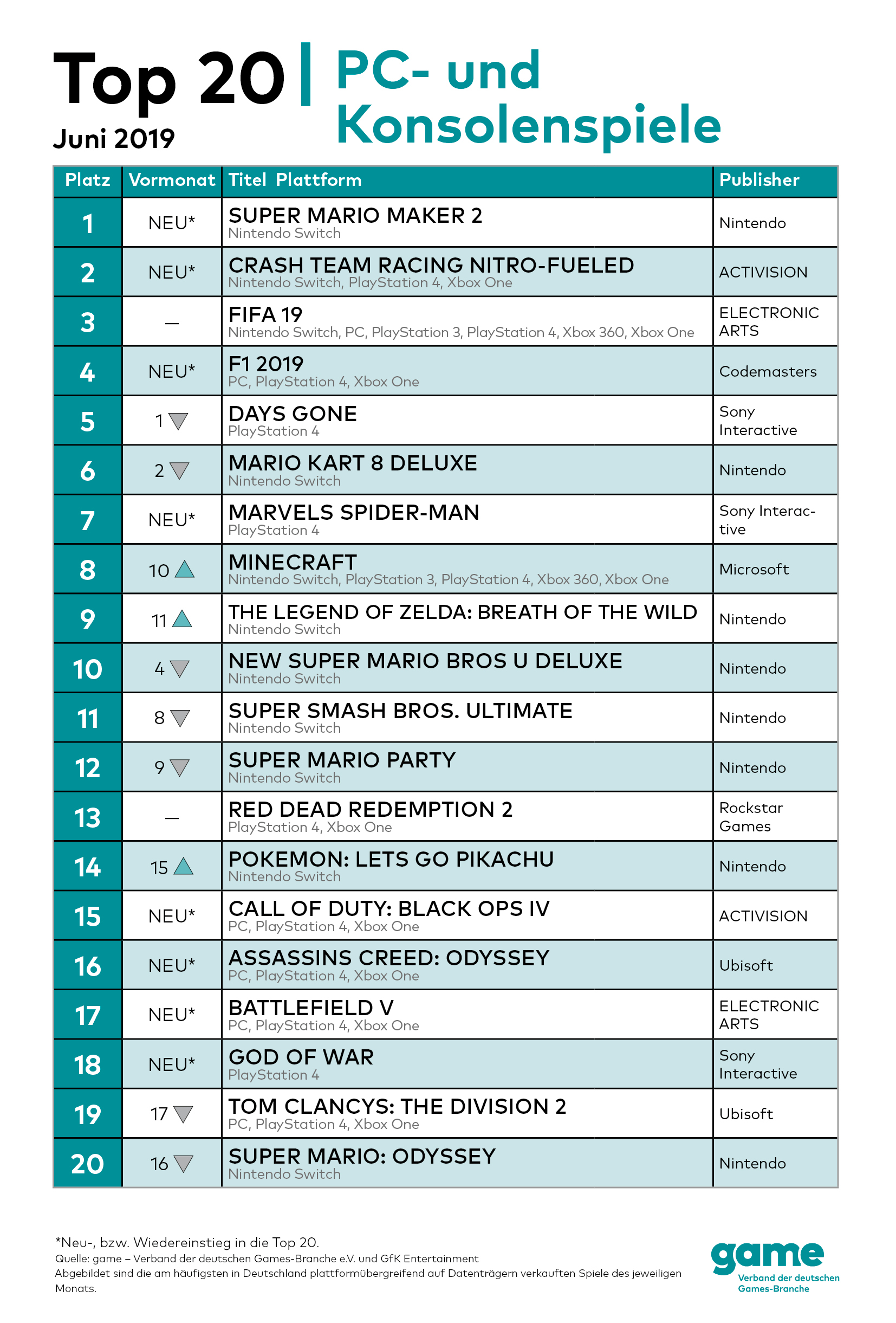