After launching 8 updates in less than a month after Alpha's release, we've decided to decrease a bit the rhythm and spend some more focused time with the next big patches. Over this past month we've been working simultaneously on three different big patches:

Today we're bringing you the first one.

As we talked about in our previous update, one of the most frequent requests from the Alpha feedback was to improve how battles feel. We didn't have a lot of time to review battle times before releasing the Alpha so the feedback was totally right, battles felt super sluggish.

But that changes in this new update. We've spent a lot of time reviewing every bit of action in battles and tweaking them to improve times.

With all these new tweaks, our team managed to make battles twice as fast from before. 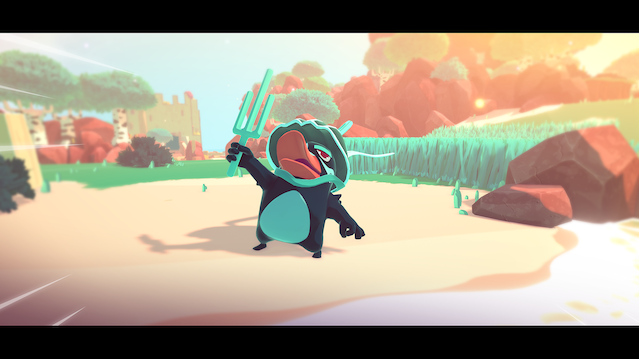 And a lot of new thingies

This patch includes a lot of fixes and some more new things too.

You can now try to find Luma Saipat, enjoy the new combat music or just amaze yourself looking at the improvements and fixes list in the full patch notes.
Klicken, um alles anzuzeigen...

We've decided to add german to the list of languages Temtem will be available on!

So with this, Temtem will be enjoyable in seven languages: English, Spanish, Chinese (simplified), Japanese, Korean, French and German!
Klicken, um alles anzuzeigen...