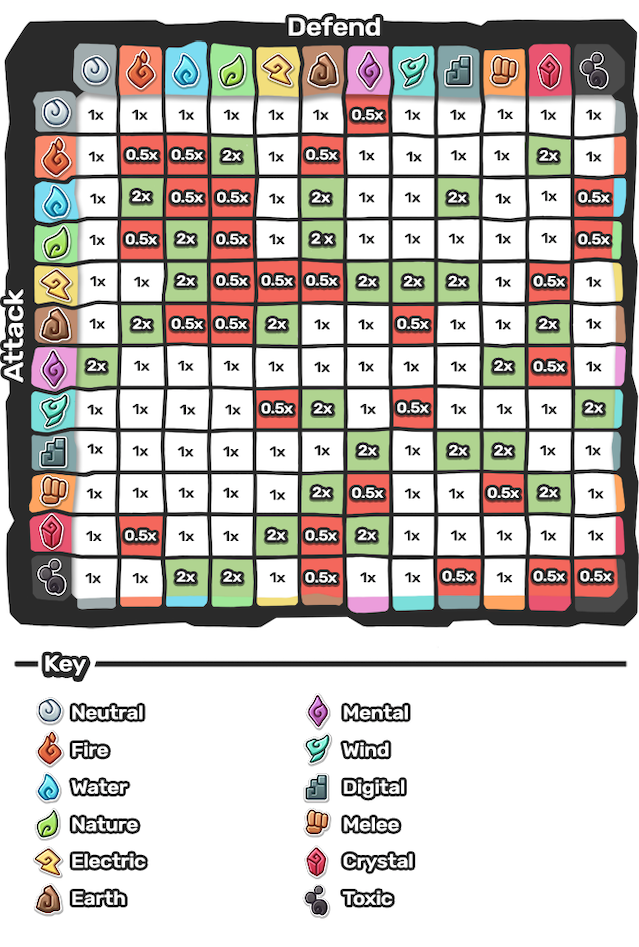 Ever since we created the campaign we wanted to include all possible platforms on it, but we decided to focus on Switch first while we were securing the rest. Like we said in the Switch Stretch Goal update reaching that Stretch Goal would also ensure the game on PS4 and XB1, so we're not going to include new Stretch Goals for these platforms. So the day has come, Temtem will be officially coming to Xbox One and PlayStation 4 when the game launches. Yay!
Klicken, um alles anzuzeigen...

Clubs are our take on Guilds for Temtem. With the Club system, you’ll be able to join an existing Club or create a new one using your desired name and image. You’ll have an internal chat with all your Club members and you’ll easily be able to trade or fight with any other member. We’re also going to introduce a special Dojo on each island that can be managed by a Club. Each week we’ll have a special event timeframe in which Clubs will be able to conquer the Dojos by challenging the resident Club in Temtem battles.

Clubs that are in control of a Dojo will receive rewards for each week they manage to defend it. Also, Clubs will be able to customize and get new furniture for their Dojo, similar to the way each player can customize their house!
Klicken, um alles anzuzeigen...


There are still a million things to work on, obviously, but we wanted to show you the video and make you feel the same way we felt the first time we played it. As you can see from the teaser, this is only a first sneak peek of what the game will be like on Switch. Right now we only have the basic core stuff working (running, seeing other people…) and there’s still a lot of work to be done on the performance.

So here it is. Please, take into consideration that this is a very very early look, and is not a representation of how the final game will look and run.
Klicken, um alles anzuzeigen...

These latest hours have been on fire ???

After beating our daily funding record twice (yesterday and today) you've managed to beat the $500k mark and that means that we've reached the In-game tournaments system.

ALL OF OUR STRETCH GOALS ARE REACHED NOW!

We don't plan to include new ones because we're at a point where promising more content is going to hurt our planned release dates. But considering the huge success, Temtem's campaign has been, we're very confident that the game is going to be very successful too and that means we will be updating it and keeping it filled with new content over time.

Even without new Stretch Goals, every bit of funding we manage to get is going to help us further and will help the game become even better. Keep sharing the word about Temtem!
Klicken, um alles anzuzeigen...

Back when we decided to start making this game, we had one really big fear: will gamers even want this kind of game? There was a lot of interest in the features we had, but without the huge IP backing the game we weren’t sure if you would like it…

But boy, oh boy! You’ve cleared that doubt from our minds. After more than $550k raised and over 11k backers, Temtem has become the most crowdfunded Spanish videogame ever and we really can’t be thankful enough.

We’re really proud of the community born around this game. You’ve been very active about commenting on the Kickstarter with each update, participating in discussions on Discord, and creating the awesome fanarts we’ve seen pouring in each day. We’re really excited to start working on the game with you and to navigate this massive adventure together.

All of Crema wants to thank you ❤️

Now we’re going to continue working on the game and on the Alpha coming in November. We’re also preparing our platform on BackerKit which will allow you to manage your pledge, increase it to get new rewards, and stay up-to-date with everything Temtem.
We’re also working on creating Discord channels for Temtem Tamers, Alpha Heroes, and Founders. You’ll be receiving more info about this in the coming days while we iron out the details.

In the meantime, if you haven’t joined our Discord server yet, you should do it now! It’s going to be the main gathering point for Temtem players. Click the banner to join in.
Klicken, um alles anzuzeigen...

Like we’ve said multiple times, battles are one of the most important features in Temtem. Our vision for battles is to make them 100% based on skill and strategy, removing every trace of RNG that we can.

In this update we’re going to talk about how we’re dealing with that decision, and what features we’re implementing and modifying in order to achieve it. But let’s start with the basics…

RNG stands for Random Number Generation. RNG is used every time the game has to roll the probability of a certain outcome. Critical hits? RNG. Accuracy? RNG. Evasion? RNG. And a long, long etcetera.

A bit of RNG makes games more fun because you always have that unexpected random factor that could happen at any time. But a lot of RNG can stop a game from being fair and can undermine your skill and strategy in favor of an uncontrollable random choice.

RNG is commonly used to balance attacks. With RNG, you can have one Water-type attack that does 30 damage and has 100% accuracy and another Water-type attack that does 150 damage but has only 30% accuracy. In Temtem, we’re removing this type of balance and we’re introducing three new game mechanics that will help us balance out all our Techniques.

Each Temtem will have a base Stamina value that will increase with each level. Stamina represents how many Techniques the Temtem can handle using during a battle. 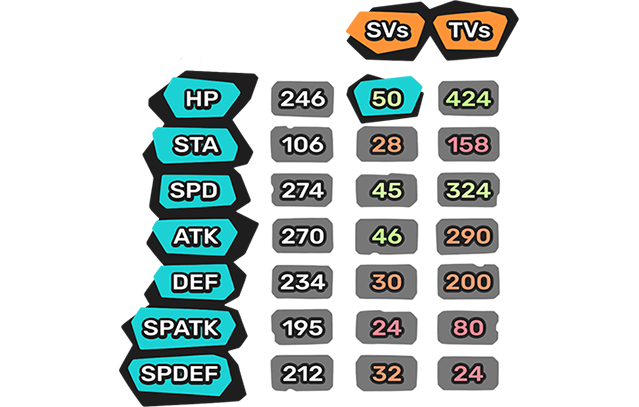 Each Temtem will recover a bit of Stamina at the end of each turn, and they will gain extraStamina if they don’t participate in the battle in that turn. Also, Tamers will have the option to order a Temtem to Rest instead of using a Technique, so the Temtem can gain more Staminathat turn.

When the battle ends, all Temtem will recover full Stamina and will be ready for the next battle.

Hold
Stamina helps us balance most of the Techniques, but there are some super powerful Techniques that require an extra step before being used. The Hold mechanic is here to solve those cases.

Since battles in Temtem are 2vs2, we’ve decided to introduce a new mechanic that will favor certain team compositions, giving bonuses for some Techniques when you have a Type-specific ally.

When a Temtem uses a Synergy Technique, it will check the typing of its current battle ally. A Technique with Fire Synergy, for example, will check if the allied Temtem has Fire as one of its types.

Since it’s easier to explain with an example, here are a couple:

Please, take into consideration that some of these features may not be present in the initial Alpha release. Also, we’ll be tweaking these details a lot in the upcoming months according to your feedback and our data until we reach perfect harmony between the different mechanics.

We hope this update resolves some doubts about the combat in Temtem, and we hope you all enjoy the new systems we’ve put in place.
Klicken, um alles anzuzeigen...