We are so excited to finally share the focus of our development efforts over the past few weeks: a large update focused on improving and extending planetary exocraft!

A brand new exocraft is now available to drive across the galaxies: the rugged, fast-moving Pilgrim.


The Geobay for the Pilgrim is available for purchase from the Blueprint Analyser.

The existing exocraft have also been tweaked. Multiplayer racing has been fixed, inventory sizes have been increased, and summoning has been made easier. Geobays now only need to be built once – after that, all owned exocraft can be summoned with unlimited range on any planet where you’ve constructed a new Exocraft Summoning Station.

New upgrades for the Pilgrim and all other exocraft can be purchased from the Exocraft Technician once their missions are complete. Exocraft handling can also be adjusted with a series of new technologies, allowing players to customise the grip or drift levels of their different vehicles.

Your exocraft fleet can also be customised, with a full range of colours, decals and boost flame effects available to choose from.

Community Research Update
Specialist Polo is dedicating this week to analysing the collected data before determining the next chapter of their research project. The galactic co-ordinates reported by their Explorer-Friends require thorough investigation, and the trace of another Traveller-Entity beyond this reality suggests the recent galactic changes may have wider-reaching impact than is yet understood…

Community Spotlight
For the past few months, the Galactic Construction Company community have been quietly working on something really special – building in-game bases for other players in return for donations to UK-based charity Alzheimer’s Society. They have now raised nearly £800 for the organisation, and are still accepting requests for bases on their Facebook page. We were really touched by this effort, and have matched the amount that had already been donated. It’s inspiring and unpredictable the way games can move people.

(“Pirate Bay” base by the GCC – screenshot by /u/BoidGaming)

Keep the fun and beautiful screenshots coming! Some that recently caught our eye:

We were also delighted to see some creative placements of the customisable tree rewards from last week’s community research mission.

Development Update
Patch 1.63 is live on all platforms today, with the patch notes available below. The next update will see the continuation of Polo’s research missions, as well as high priority quality of life improvements throughout the game.

In the meantime, we are keeping up the pace here as we work towards another large update. Hopefully we’ll be able to share some previews of that ahead of time!

Thank you so much,
Sean

Which of these features would you like to see most?


A
Polish of existing features

I
More depth and variety in NPCs

It’s been exciting to see the range of ways players have been exploring the features introduced in our exocraft update – from pushing the limits of the Pilgrim’s grip and suspension, to matching the colour schemes between bases and exocraft. Thank you so much for playing and for sharing. It really makes us feel like we’re on this journey together with all of you.

Listening to you, the players, is an essential part of this journey for us. This week we are reaching out with a survey to discover more about what the community is most interested in seeing in No Man’s Sky. Please take this opportunity to have your voice heard!

Polo has been deeply immersed in their analysis of the co-ordinates retrieved from the decrypted data packet, cross-comparing against the Anomaly’s extensive databanks. They are still lost in data, processing an infinite spread of realities, looking for any pattern to identify the source of this location’s importance – but a new, more pressing development has emerged.

Data is one of Polo’s greatest passions – but friendship is even more important to them. The Space Anomaly has detected the ship signature of an old Traveller-friend – someone Nada and Polo had thought lost long ago. Polo requests that explorers venture forth, locate their friend, and bring them home – but ensure to keep a low profile and not draw the eye of the Sentinels.

From the Quicksilver Synthesis Bot

A nostalgic statue of the icon Alpha Vector starship, cast in bronze, silver, and gold.

Two new gadgets for explorer bases: A spherical hologram, representative of any one of the quintillions of celestial bodies populating the galaxies, and a fascinating expanding cube, utilising a high-tech localised gravitational field purely for aesthetic curiosity.

And a new gesture for explorers to express their wonder at any fauna, flora, landmark, building, or starry expanse that might catch their eye.

/r/NoMansSkyTheGame is subreddit of the day today! Special congratulations to the lovely moderation team.

We are very aware of the hard work and passion you put into organising events for the NMS community, and generally just helping make the subreddit a welcoming, friendly place to be.

We’re looking forward to seeing the results of the Autumn Art Contest, and are especially enjoying seeing all the fun characters showcased in the weekly character creation threads:

Some other community talent we’ve recently enjoyed is these touching artworks from /u/razygurr, celebrating the Gek and friendship between races…


And we loved this colourful montage from /u/Gliese176b, capturing some of the color palette diversity between planets:


Development Update
Today we have also released another update for the game that addresses some important issues and enables the option for tessellation for players on PC (for prettier, bumpier terrain). Specialist Polo also has a new, close-to-home request for explorers participating in their research missions.

Thank you so much,
Sean

Missions from the Mission Board or planetary NPCs will now display their mission title on the Galaxy Map instead of their current objective, to help manage destinations when multiple missions are active.
Tessellation can now be enabled in the graphics options on PC.

DEVELOPMENT UPDATE 8
November 2, 2018.
Hello Everyone!
Thank you so much for the positive response to The Abyss update for No Man’s Sky, released only a few days ago. We’ve really enjoyed seeing players experiment with the new base parts, explore the enhanced aquatic environments in the Nautilon submarine, and share their close encounters with fearsome underwater predators.
The team here is keeping up the pace this week with another update, patching up a few issues and introducing the next Community Research mission.

Community Research Update
This week, Priest Entity Nada is reaching out to explorers for assistance with Polo’s research missions. Their Gek friend, rattled by the events revisited by the time-altering device, has fallen into an introspective mood, and appears to have withdrawn from the project. Nada intends to act fast to overcome this – with help from their traveller friends across the galaxies.
Nada requests that explorers travel to a strange, colourless planet, and photograph underwater fauna in the darkest depths there. They conjecture that evidence of life enduring in the harshest of conditions will be of comfort to Polo, and – hopefully – will work to restore their usual upbeat disposition.

From the Quicksilver Synthesis Bot
Polo’s synthetic lifeform has generated a number of new collectibles for explorers to trade their Quicksilver for. Several new marine-themed decorations for bases are available, all with customisable palettes…
A living colony of delicate curly coral.
A cluster of aquatic crystals, featuring an unusual marbled colouration.
A luminescent candelabra bloom.
A barnacle that can be placed to encrust the walls of traveller bases.

And a new underwater gesture is also available, to aid underwater communication between aquanauts:

Community Spotlight
Congratulations to the winners of the r/NoMansSkyTheGame/ Autumn Art Contest organised by the subreddit moderation team! We saw the impressive spread of talent brought out by the competition, but especially loved the winning entry: this atmospheric rendition of a biological horror by /u/MisterKrane.

Demonstrating talent in an entirely different medium: a New York band “Weird At Last”, has written this fun song about No Man’s Sky:


We also loved this dramatic shot of an underwater predator from @SpiffSnaps:

And we were very taken with this reconstruction of the International Space Station by /u/Foxhound922!

Development Update
Update 1.71 is now released to all platforms, and the full patch notes are available to read below. It is hard to believe it is already November – this has been such an intense, productive, and emotional year for No Man’s Sky – and there are further strides to take in our journey before 2018 is out. Thanks for being here with us, and for all your encouraging messages of support. We are listening.
Thank you so much,
Sean 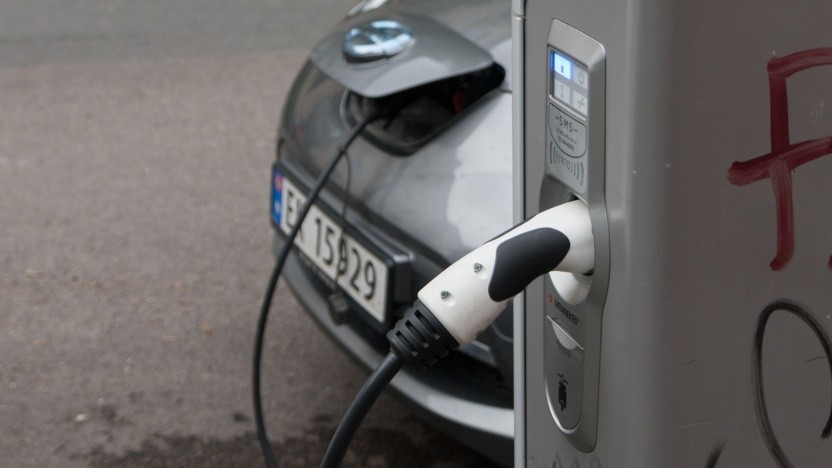