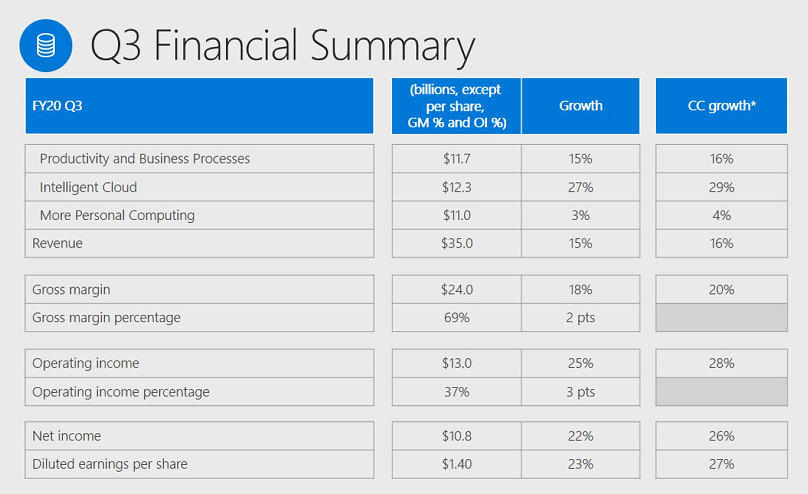 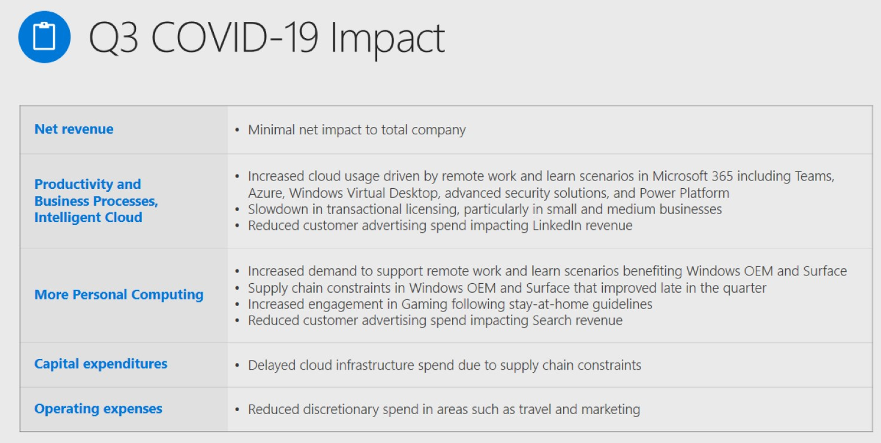 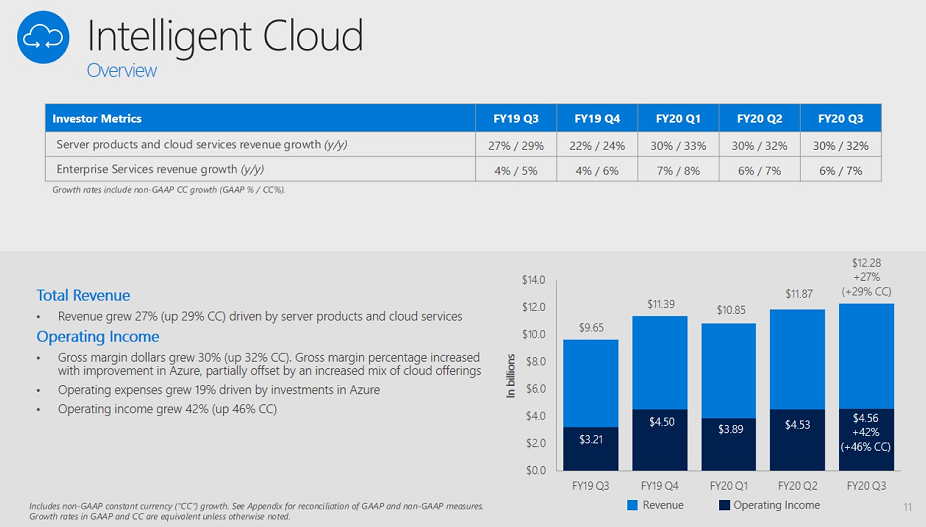 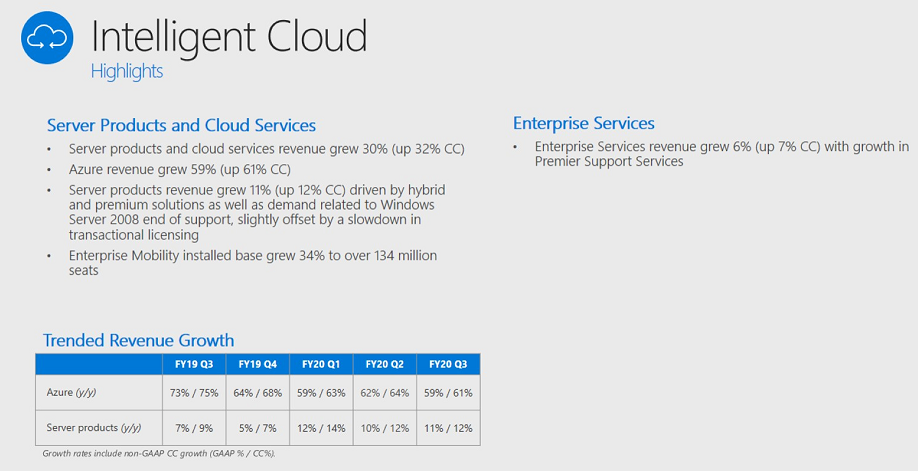 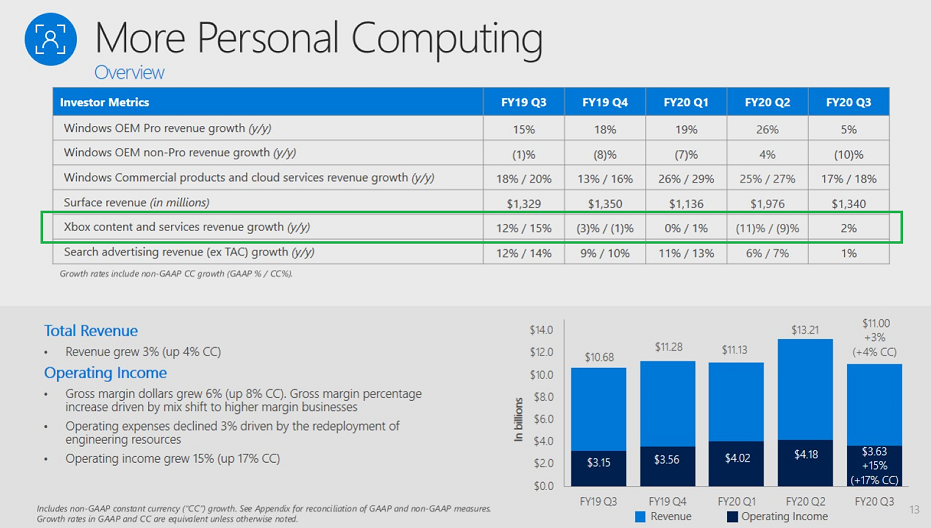 Now, onto Gaming. People everywhere are turning to gaming to sustain human connection while practicing social distancing. And we continue to deliver new exclusive, first and third-party content to attract and retain gamers.

We saw all-time record engagement this quarter, with nearly 90 million active users of Xbox Live, led by strength on and off console. Xbox Game Pass has more than 10 million subscribers, and we are seeing increased monetization of in-game content and services. And our Project xCloud gaming service now has hundreds of thousands of users in preview across 7 countries, with 8 more launching in the coming weeks.

And in Gaming, revenue declined 1 percent and was relatively unchanged in constant currency driven by higher user engagement than expected. Xbox content and services revenue increased 2 percent on a high prior year comparable, with strong growth in GamePass subscribers and Minecraft.
Klicken, um alles anzuzeigen...

Microsoft's 10Q form offers a bit more color on its gaming segment, specifying that segment revenue for gaming reached $2.35 billion in Q3, down $14 million from the previous year's revenue.

Xbox hardware revenue was down 20%, which Microsoft attributes to recent price decreases in hardware.

Also during today's earnings call, Microsoft announced it projected that the More Personal Computing segment would bring in between $11.3 billion and $11.7 billion during Q4 2020 ending June 30, with gaming revenue growth in the high teens.
Klicken, um alles anzuzeigen...