No details on platforms (Though more than likely it'll just be the OG Xbox version through BC due to being a mixxpot). If you have an xbox and were going to watch the stream anyway, might as well get something out of it as well. 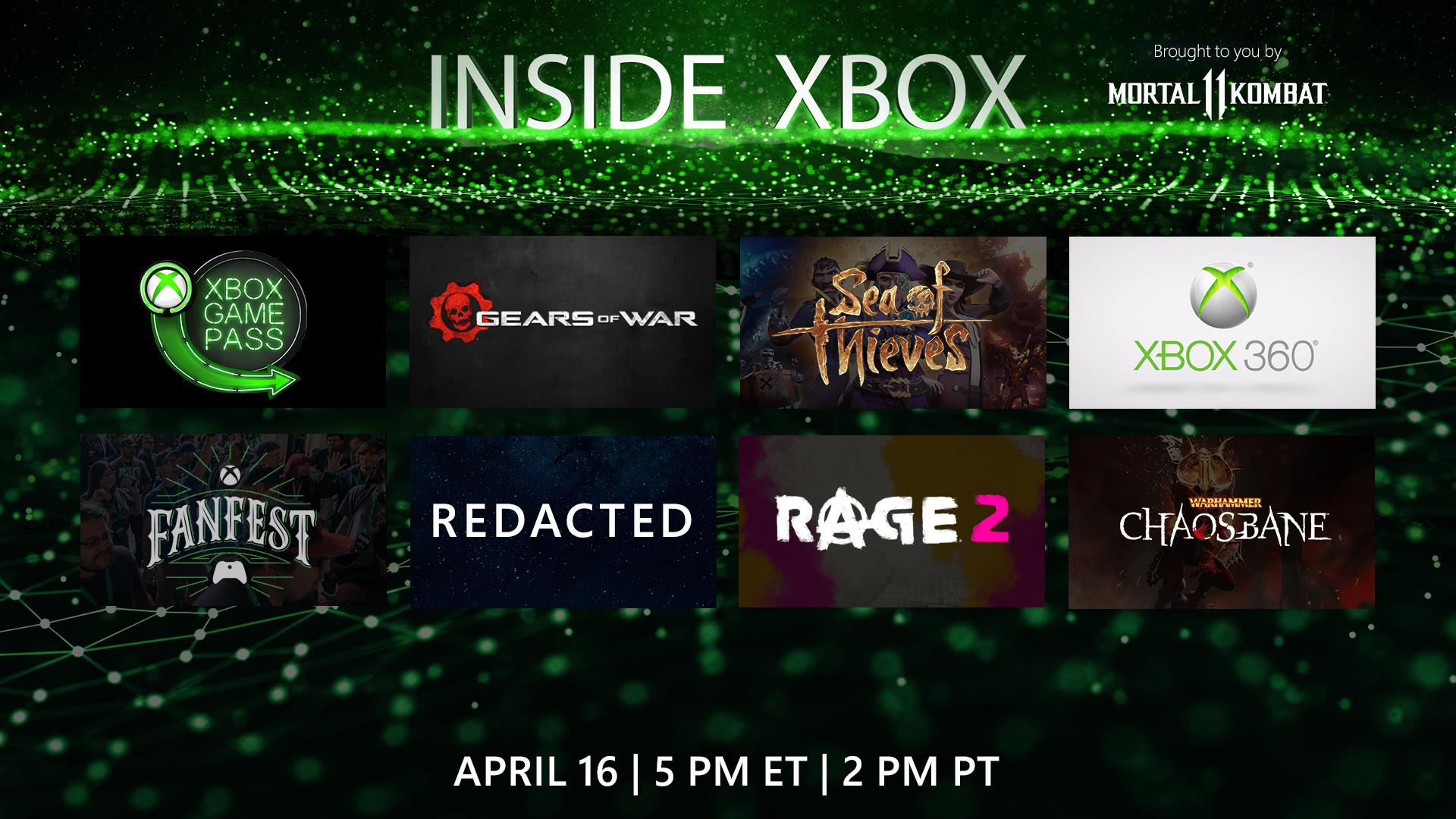 Now that we are officially in Spring, it is time to start cleaning out your game backlog. Even with so much gaming to do, we have some new features to share coming to Xbox One. The April 2019 Xbox Update includes new ways to engage with Xbox Game Pass, use the virtual keyboard, and manage your digital library. Here’s a rundown of what’s new:

Mini Virtual Keyboard
We understand that navigating a virtual keyboard can be a challenge whether you’re writing an LFG post for Apex Legends or inputting a 5×5 code for a new game. In order to improve this experience, we are releasing a new mini virtual keyboard option for Xbox One. This new virtual keyboard takes up less screen space, streamlining the typing experience. If you prefer or require the bigger keyboard for accessibility, it is still available and can be enabled in Settings -> Ease of Access -> Magnifier -> Larger Keyboard.

Restart added to Power Center
Based on user feedback, we have added a new option to restart the console to the Power Center. You can now access this feature quickly by holding down the Xbox button on the controller to bring up the Power Center instead of having to navigate to it within the System tab.

Improved Uninstall
When you try to install a new game or app today, we send you to your collection to choose what to remove if your hard drive is full. As of the April 2019 Xbox Update, we will now suggest titles that will free up enough space for your install. To make things even easier it will automatically kickoff the install once the space is freed up!

You can also get to the new Drive Manager page via Settings > System > Storage to easily manage your existing content and uninstall multiple titles at once.
Programmable OneGuide Button on Xbox Media Remote
The Xbox Media Remote is updated to allow the OneGuide button to be reprogrammed to launch a media app instead of OneGuide. This is a great shortcut to jump into your favorite media app and start watching.

These updates are available based on the input from our Xbox Insiders who have helped shape these features. Thank you to all of you for your valuable input and continued participation. If you’d like to help define the future of Xbox and get access to early features, download the Xbox Insider Hub app on your Xbox One or Windows 10 PC today and share your ideas at the Xbox Ideas Hub. You can also visit the Xbox Insider Blog here for the latest release notes and to learn more. Enjoy the April Update and happy gaming!

Q: What will the price of Xbox Game Pass Ultimate be for select Insiders?
A: A limited number of Insiders will be able to join Xbox Game Pass Ultimate to give us feedback. As an Insider benefit for giving us feedback, we are happy to offer a special price of $1 for your first month. For subsequent months until release, the price will continue to be $1 each month, unless you have prepaid months of Xbox Live Gold, Xbox Game Pass or both. For additional details, please see the FAQ on prepaid time for Insiders.