Square Enix is teasing a mysterious new sci-fi game by the name of Outriders, set to be unveiled in full during its E3 presentation next week.
An Outriders account has been active on Twitter since 1st May this year, although its existence has only recently been widely shared. In that time, 13 tweets have been posted, written as mission logs from a Captain Simon B. Archan.
Each post charts the next stage in the journey of the starship Flores as it makes its way toward Enoch - a voyage "which may well be humanity's last hope and salvation". By the end of the tweets, the Flores has reached its destination, and is in orbit of Enoch, "but the time has come to begin dismantling her and preparing for our new home".
A (presumably) final tweet, featuring a short video of a character waking from cryostasis, ditches the mission log format to announce that Outriders will debut at Square Enix's E3 showcase.

Despite the looming reveal, there have, inevitably, been attempts to decipher the mystery of Outriders ahead of time. We know, for instance, that Square filed a European trademark for something called Outriders last May - which was, back then, speculated to be linked to the publisher's "triple-A" collaboration with Bulletstorm developer People Can Fly.
There's also some evidence to suggest that Outriders could be connected to Square's long-awaited Avengers game - after all, Outriders, an aggressive species of dog-like aliens, feature in both most recent Avengers movies. Additionally, Square's trademark application appeared shortly after their cinematic debut.

Square Enix, creators of the iconic Final Fantasy and Tomb Raider franchises, today unveiled . From the developers of Gears of War Judgement and Bulletstorm, People Can Fly, Outriders will release on Xbox One, the all-in-one games and entertainment system from Microsoft, PlayStation 4 Entertainment System, and PC in Summer 2020, marking a key release for the company. Square Enix External Studios, the minds behind Sleeping Dogs and Just Cause, delivers Outriders, a 1-3 player, drop-in-drop-out, co-op shooter, set in an original dark and desperate sci-fi universe.

“Outriders is the game that we have been wanting to make for years,” said Sebastian Wojciechowski, Studio Head of People Can Fly. “We’re very happy to be working with Square Enix on this project, it’s a big undertaking for us and the team has grown considerably to work on the Outriders project. We now have over 200 developers at four international studios working on this project to make it our most ambitious shooter to date. We’re very excited to finally unveil Outriders to the world, and we can’t wait to show you more of the game.”

“People Can Fly is the perfect partner for us to create a game like Outriders. They have a great history of creating high-quality shooters, plus an unmatched level of experience and expertise in the Unreal game engine, unrivalled in the gaming industry,” Said Lee Singleton, Co-Head of Studio at Square Enix External Studios.

“Outriders is a very exciting project for us at Square Enix External Studios. We’re focusing on giving players a true AAA co-op shooter with a deep feature set and strong narrative,” said Jon Brooke, Co-Head of Studio at Square Enix External Studios. “The team at People Can Fly really know how to make gunplay feel tight and powerful and we can’t wait to show you more later this winter.”

Square Enix additionally revealed a behind the scenes look at the development of Outriders, along with a message from People Can Fly. 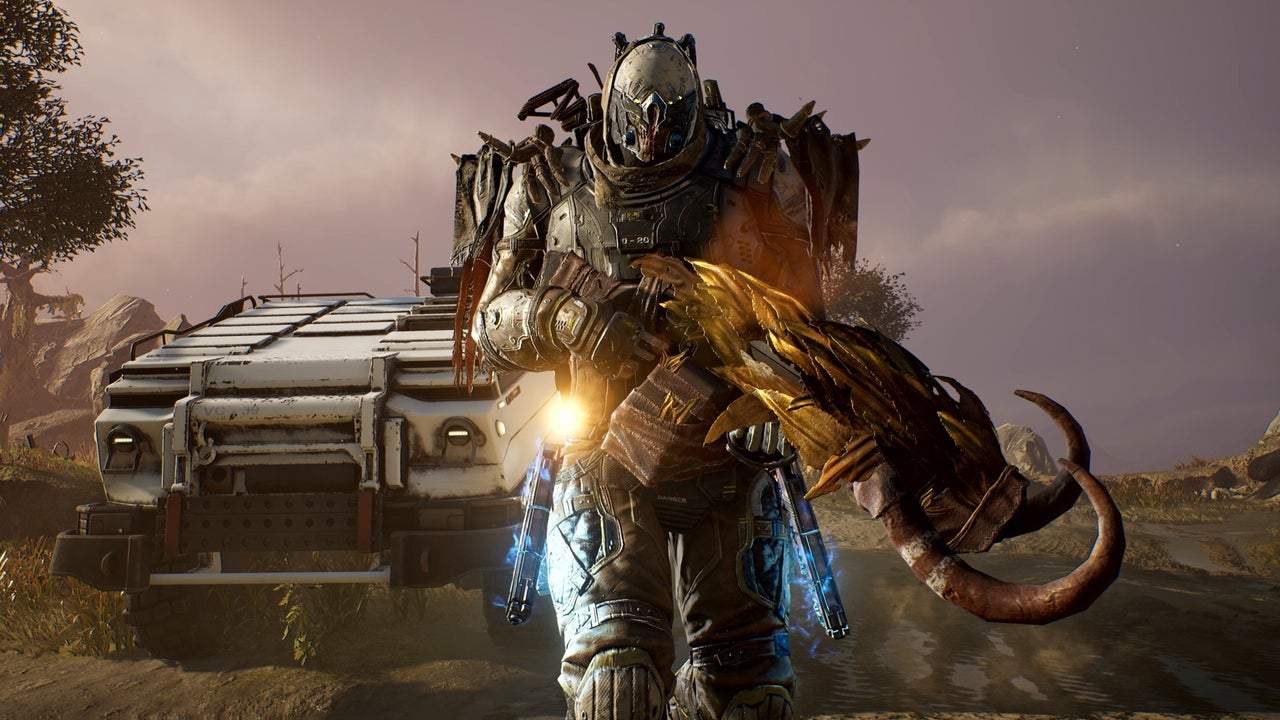 Outriders Is a Looter-Shooter With Super Soldier Serum - IGN

After trying out three of Outriders' incredibly powerful classes, we're seriously impressed with its combat but still need to see much more of its world.