We are a team of game developers from a company called Housemarque, based in Helsinki, Finland. You might have heard of us before, especially if you’re a PlayStation enthusiast: do Dead Nation, Super Stardust HD or Super Stardust Delta ring any bells? Our first PlayStation®4 title has been in development for a while now, and getting ready for the next gen debut has been an exciting ride.

Working on the Stardust franchise over the years has been both a challenge and a privilege, but if anything it deepened our love for shoot ‘em ups. Gameplay-centric games have a really special place in our hearts, and we try to keep our core audience in mind with each and every new title. RESOGUN, our new exclusive PS4 game, adds a twist to the shooter genre, and while being very much a “spiritual successor” to the Stardust series, it doesn’t shy away from remixing ideas and influences of classic arcade titles such as Defender, Data Storm, or Japanese shmups like DoDonPachi and Death Smiles.

RESOGUN is an intense, fast-pace shooter that expands our love for the genre and represents a sort of culmination of all our expertise, both technical and gameplay-related. The cylindrical gameplay is closer to old school 2D shooters, and one interesting side effect of that is that the world has gravity now. You actually expect things to fall down, there are ground enemies… these elements completely change the playfield compared to the Stardust series.

That was the original idea, we stuck to that, and it proved to be the right thing to do.​​​​​
If you were wondering if this is a traditional twin stick shooter… the answer is “no”. We did experiment with this but soon found that adding the horizontal-only constraint for the ship arsenal created a better gameplay experience.

It’s not all destroying everything that moves though. On top of shooting down the enemy forces players get to rescue small dudes trapped by the invading alien swarm: freeing them will release power ups and shields, and that adds a lot of strategy to the game. There will also be a bunch of different ships, co-op multiplayer, plus a ton of things that we can’t really talk about just yet.

Still all details shall be revealed in good time. For the time being, we are very glad to be able to show off what’s been under wraps for the past few months. Despite its core focus, RESOGUN is a fun, vivid and an accessible game all around, the perfect example of “easy to pick up but hard to master”. We are deeply convinced it will bring back memories of the good old arcade-destroying days, and it will do it in Full HD and at 60 frames per second, all while you shatter the game world cube by cube.
Klicken, um alles anzuzeigen... 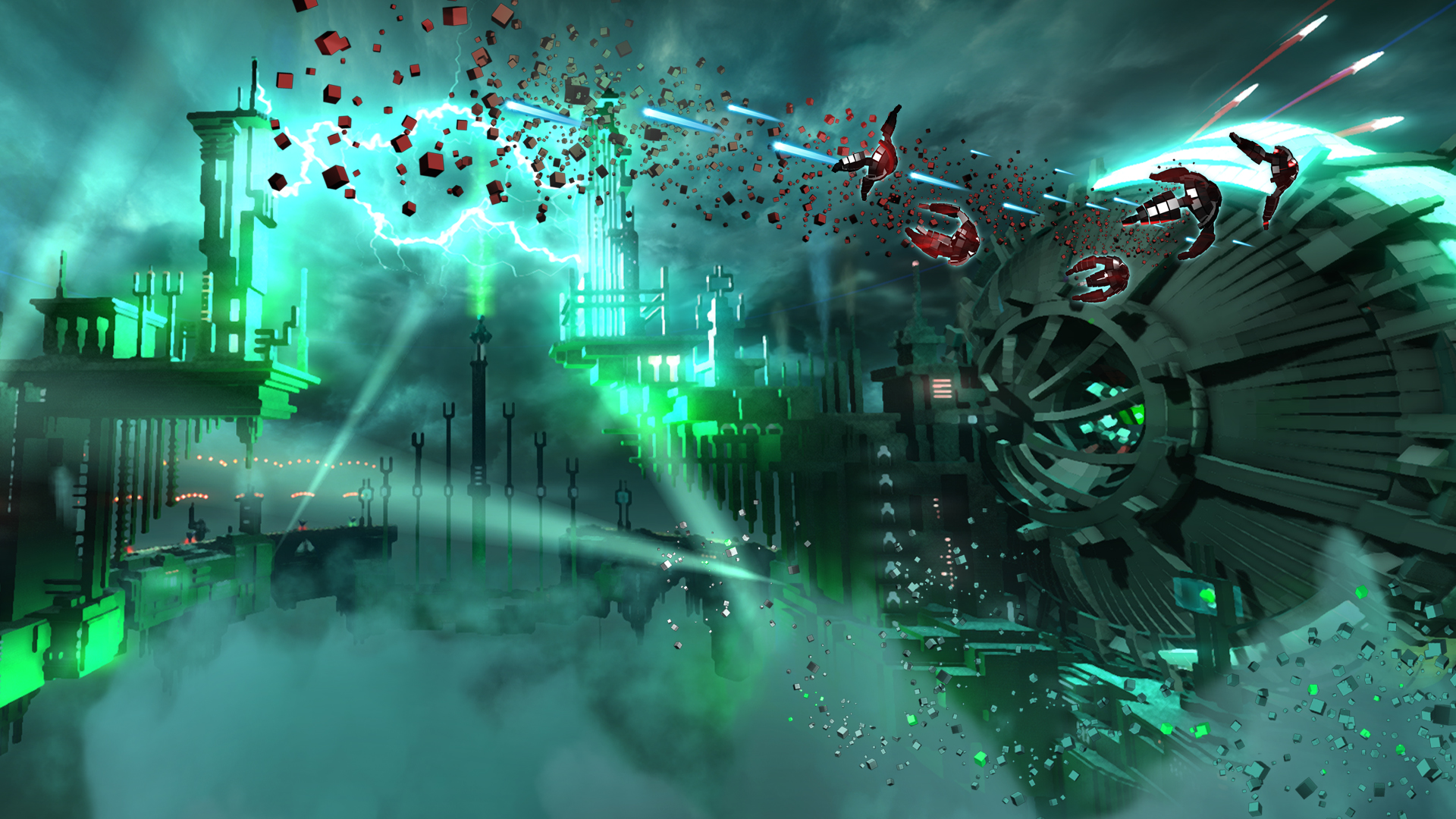 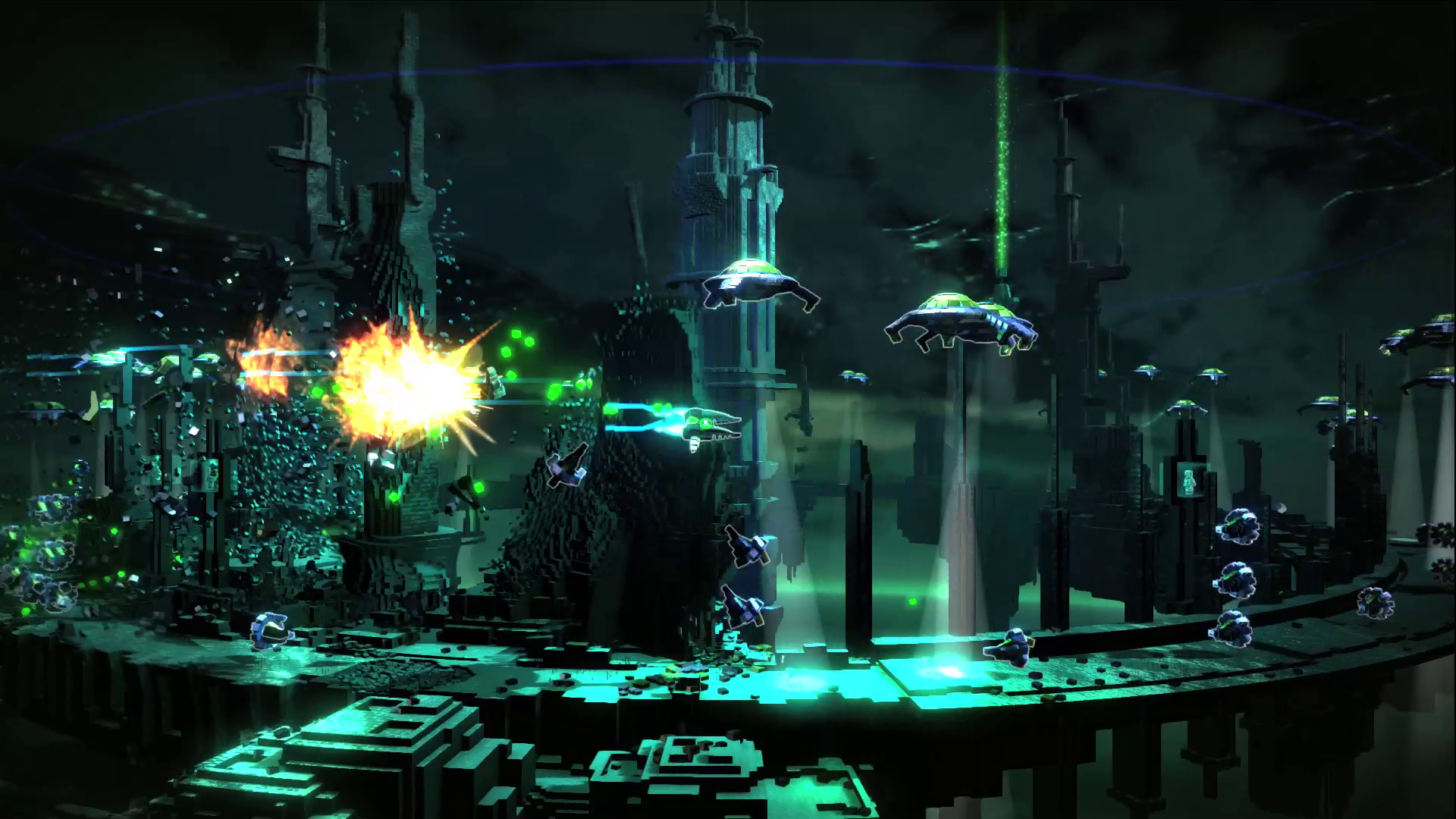 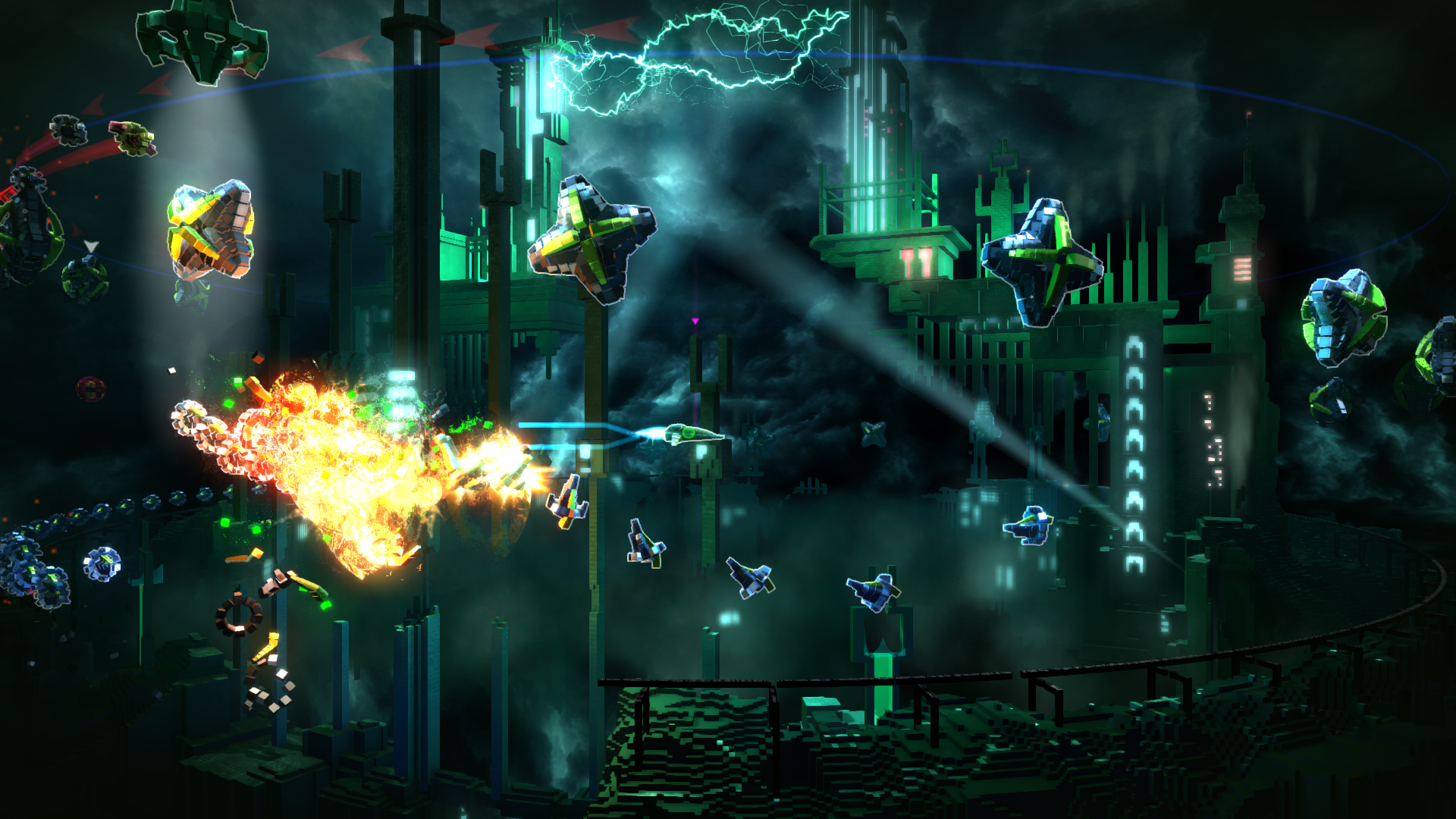 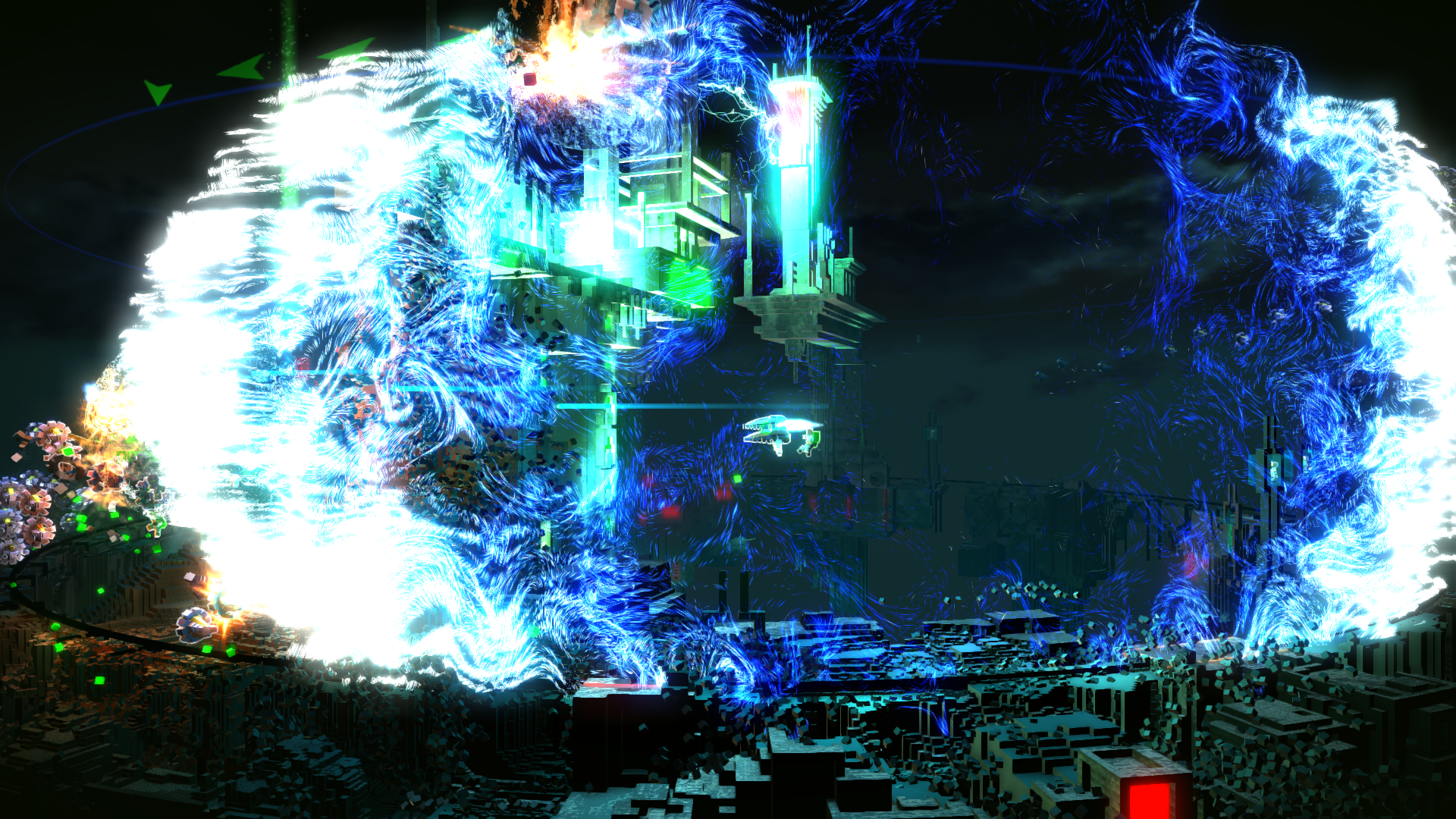 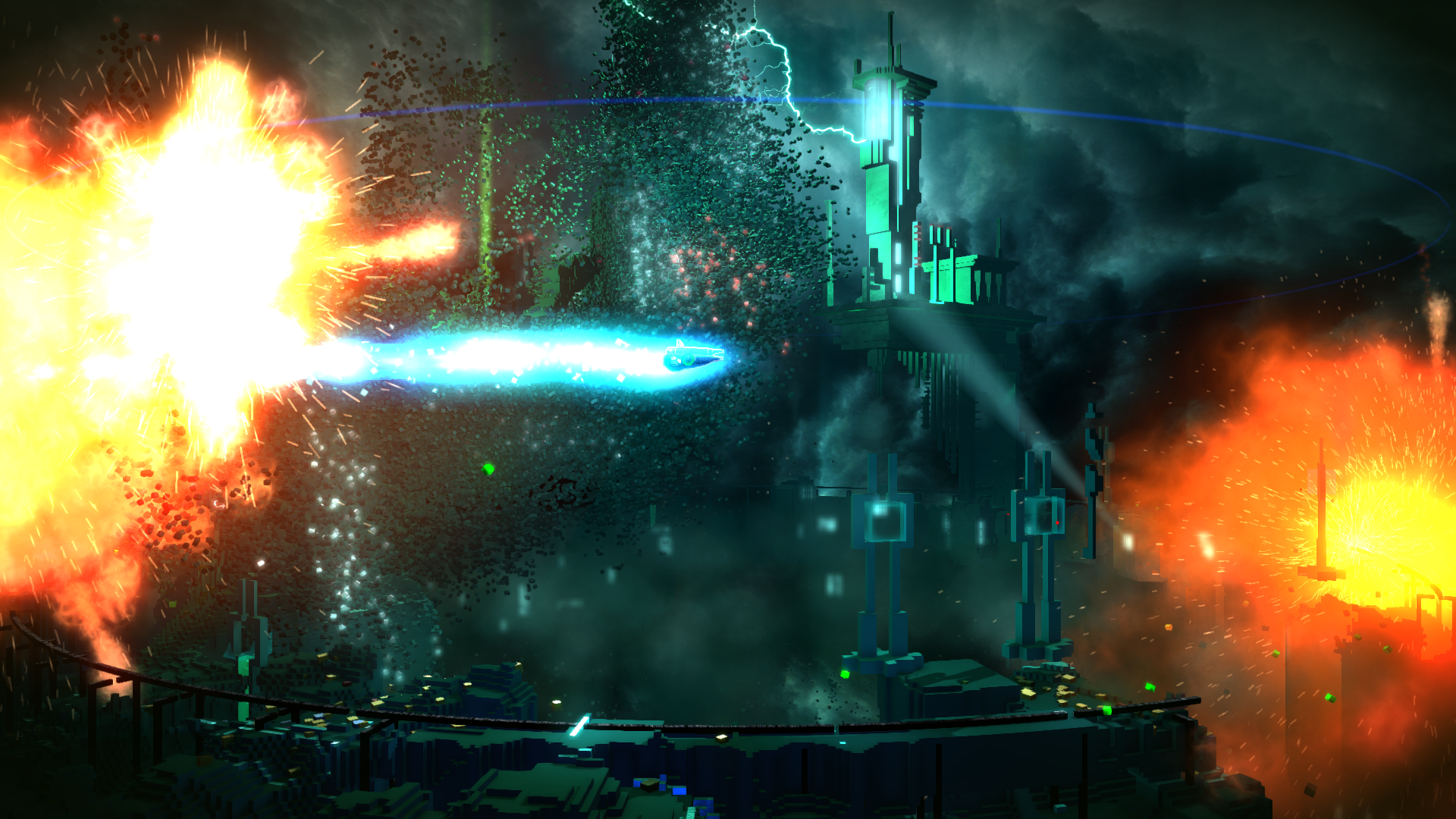 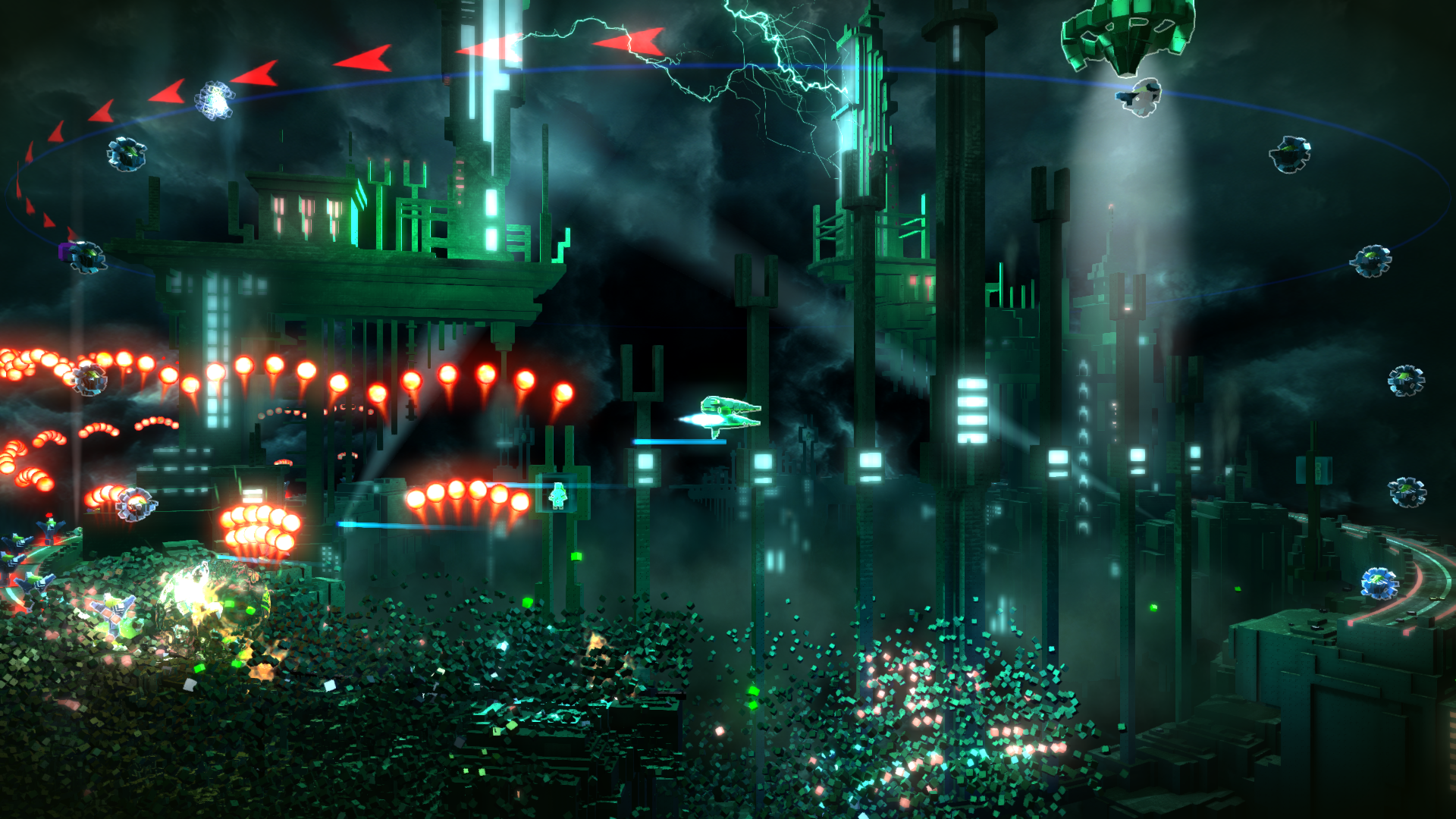