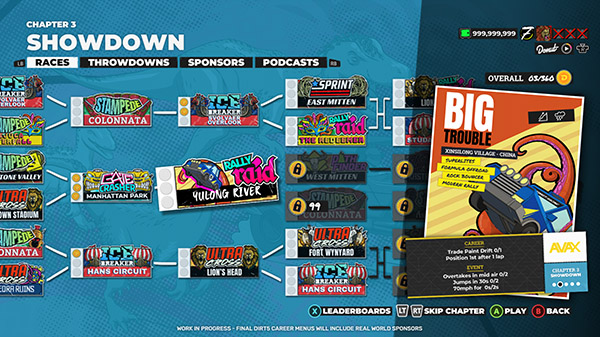 Codemasters has released new information and screenshots for the May-announced DIRT 5, highlighting what to expect in the racing game's Career mode. Get the details below. Own the Spotlight In an off… When it launches this holiday, Xbox Series X will be the most powerful console the world has ever seen. One of the biggest benefits of all that power is giving developers the ability to make games that are Xbox Series X Optimized. This means that they’ve taken full advantage of the unique...

Obviously, that SSD drive is incredible. It’s not like a PC SSD, it’s more than that. Being able to load data so ridiculously fast is not only really impressive but as a developer, it’s very interesting.

For Dirt 5, we’re going to be able to get into races super fast. It means no loading screens getting in the way, no dawdling, no looking at my phone, it means that the action will be non-stop.

There are loads of things for us to still explore in the new hardware but I’m most intrigued to see what we can do with the new SSD drive and the hardware decompression capabilities in the Xbox Velocity Architecture.

The drive is so fast that I can load data mid-frame, use it, consume it, unload and replace it with something else in the middle of a frame, treating GPU memory like a virtual disk. How much texture data can I now load? Bolder. Brighter. Bigger. For Dirt 5, the latest off-road racing game from us here at Codemasters, launching on Xbox One and Xbox Series X, those three beautiful Bs have been our mission statement. Every aspect of Dirt 5 aims to be more ambitious than we’ve ever been with a legendary racing...