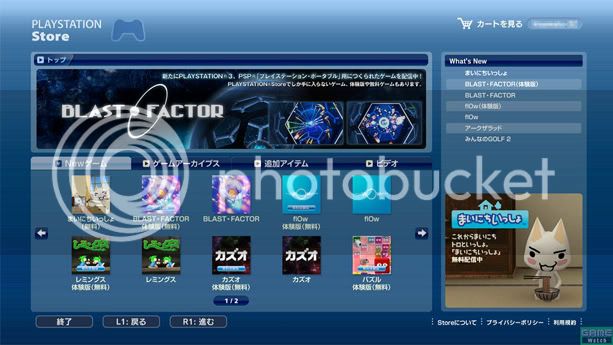 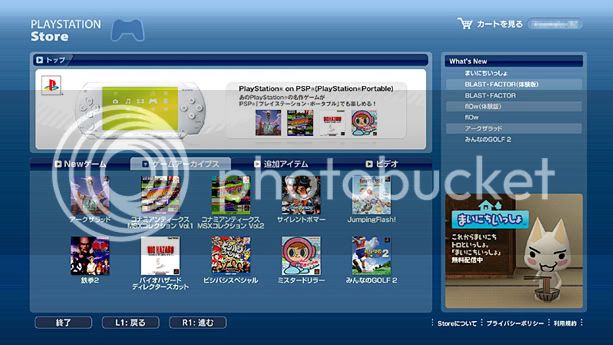 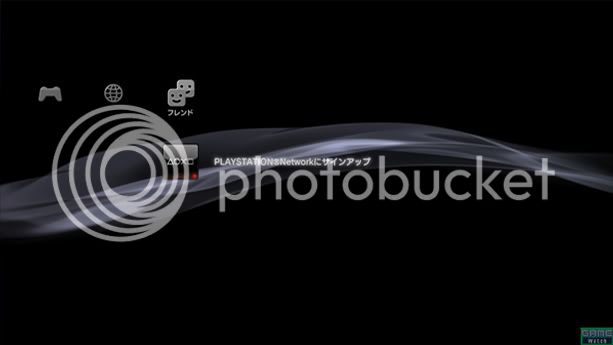 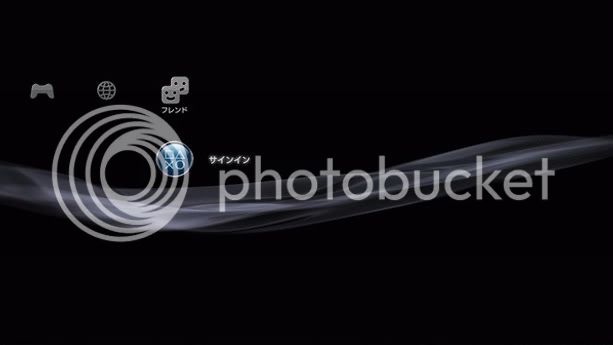 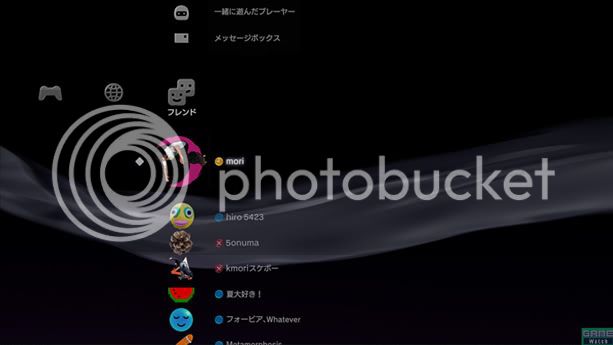 PSP connectivity is another unique feature of the Playstation 3. Allowing one device to be able to communicate with another will give a whole new experience, especially when the other device is a mobile one. One of the possible features is streaming, being able to watch videos or listen to music on the PSP that is stored on your PS3 is a great feature on its own. As we all know, memory sticks are very expensive, and even 4GB of space is not enough for some. But with the addition of a Playstation 3, you can access it from anywhere in the world as long as an internet connection is there. This will allow you to swap music, games, and videos all on the go.

The Playstation Portable is a great example of capabilities. Not only can the PSP play games, it can also be used to watch movies, listen to music, surf the web, and play games online using ad-hoc or infrastructure mode. But there is a lot more to the PSP than just that, there is a lot of homebrew available to the PSP. From making phone calls, to using it to remotely control your own vehicle IS possible using a PSP. The features that will be available on the PS3 will be similar; a lot of people will give PS3 the ability to do a lot of different things. This time around Sony is giving its customers the right to make homebrew, its no longer illegal or unacceptable, so it wont be something Sony will try to prevent. Linux is also something Sony is trying to promote, and with that, you will be able to do a lot more. It is no longer just a console; it can be used for basic computing. Like doing your essays, or surfing the web, downloading games etc. So unlike other consoles, its no longer enclosed to just being a console, there are more abilities that are possible, and Sony is making that possible by giving them the freedom to do so.

Having conquered PC games, the Internet is focusing on a new target: game consoles. Thanks to built-in Internet connectivity on the latest hardware from Microsoft, Nintendo, and Sony, developers and gamers are finding new ways to connect.

When Sonys much-anticipated PlayStation 3 console launches next month in Japan and the U.S., those lucky enough to get their hands on one of the systems will have access to another new offering from the Japanese gaming giant: a complete online marketplace.

Microsofts Xbox Live has become the best example of how to get gamers online. Earlier this month, the company said the service hit 4 million members and surpassed 12 million downloads in less than a year. Xbox owners can use their consoles to go online and download games, videos, music, and compete against one another.

Sony, meanwhile, has been hard at work on its own online offering. Earlier this month, the company threw a bash for industry folk in San Francisco to offer additional details about the system and celebrate its arrival. During the event, executives offered additional details on PS3 launch titles, peripherals, and demonstrated the much-anticipated online store (see Sony Unveils PS3 Specifics).

Red Herring recently caught up with John Smedley, president of Sony Online Entertainment (SOE). Perhaps best known for its massively-multiplayer online games like Everquest and Star Wars Galaxies, SOE helped develop the PS3s new online store. We asked Mr. Smedley about the process and his thoughts on the evolution of online services for consoles. Excerpts follow:

Q: Tell us a bit about the online store's development.

A: About 2 years ago, the guys at Sony Computer Entertainment Inc. (SCEI) asked us to help them build it. At the time we launched the project, we knew that digital content was the future. We knew ahead of time that digital downloads were going to be a core part of the service. Watching the success of [Microsofts] Xbox Live was very gratifying because we knew users were interested [in online content]. Now were going to take it to an amazing scale.

Q: The PlayStation online store features a digital wallet that players can load up using a credit or prepaid card and use to buy things like games or in-game items. How do you see the acceptance of these payment models (often called microtransactions) evolving?

We wanted to create something truly next-gen that supported microtransactions very heavily and had an easy way to access, buy, and use content. The whole network platform was designed to support [any] kind of content people could think up.

Q: What do you make of Microsofts Live Anywhere initiative? The company said it plans to bring PC, Xbox, and even mobile phone gamers together (see Chris Early: PC to Xbox Link Details).

A: I think its a very cool idea. I feel very strongly that games of the future will be playable from any device you have. The difference between Microsoft and Sony [is] openness. Thats the real downside to Live Anywhere. Right idea, wrong strategy.

The fact that Sonys letting middleware providers like Xfire [get involved] being able to allow third parties to hook in is going to be big.

Q: Microsofts Xbox Live network service offers both free and subscription-based plans, while Nintendo said it will offer free online play. Sony also went the free route. How did you reach that decision?

A: It was analyzed very carefully. The ultimate decision came down to getting more widespread adoption [first]. Its basically a big way to light the rocket. At the top of the online store youll notice a very prominent empty spot. That isnt empty by mistake.

Q: Give us an example of a popular online store that does something well.

A: iTunes: it hides the DRM [digital rights management] from you. The average user never noticed the iPod DRM because they never butt their head against it. The [PlayStation] online store is designed to do just that. We want it to be invisible. In the past, I think people have faulted Sony stuff for putting [DRM] in their faces.

Q: Clearly you believe the store will be a huge part of the PS3 online experience. Whats the most innovative thing about it?

A: It will allow games to have their own personality. Its the single [biggest] thing I think thats going to drive the PlayStations online play. Actually integrating it into the game imagine if youre an artist and you could draw textures in games and sell them for profit. A person could make a living off games. The platform was designed for that. In the future [expect] content that people design for one another.

Right now you only see big publishers doing consumer stuff. I think thats going to change in the future. Its going to be awesome to see the cool stuff made [for it]. Thats also the area I most want to expand on. I want us to add the ability to have users generate content and sell it. 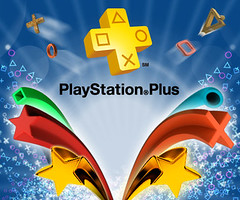 Today Phil Harrison, SCE World Wide Studious head, announced that around 40 PlayStation 3 downloadable titles are in development. These games, published by Sony, will be specifically made so PS3 owners can download them through Sonys online network.

Harrison also gave insight into Sonys belief of what downloadable games should look like. "...What weve seen on other systems tend to be retro 2D games, and were pushing the 3D capabilities of the PlayStation 3. Plus, the fact that every PS3 has a hard disc drive means that were not restricted by the size of the download, and that has a huge impact on the kind of game design that you can do.

Despite this drawback, its easy to say that Microsofts Arcade feature is a huge success with over 8 million arcade game downloads. If Sony ever wants to beat Microsofts Arcade, innovation must be the backbone in Sonys online strategy. Harrison believes just that and is confident Sony will spur developers to creating larger, 3D, and of course, more innovative titles.

We're tired of shelling out for pre-paid Microsoft Points, and then doing a mental conversion every time we want to know how much a chunk of downloadable content really costs -- and we're not looking forward to doing the same on Wii. So we're thrilled Sony has cut that step out of the process; and in doing so, is making that straight-up-five-dollar PlayStation joint look a lot more tempting. Isn't Nintendo charging the same amount for NES games? Wait a minute ... gotta do the conversion ...
Sourced from http://www.hardcore-casual.com/gamer/?p=63
Klicken, um alles anzuzeigen...