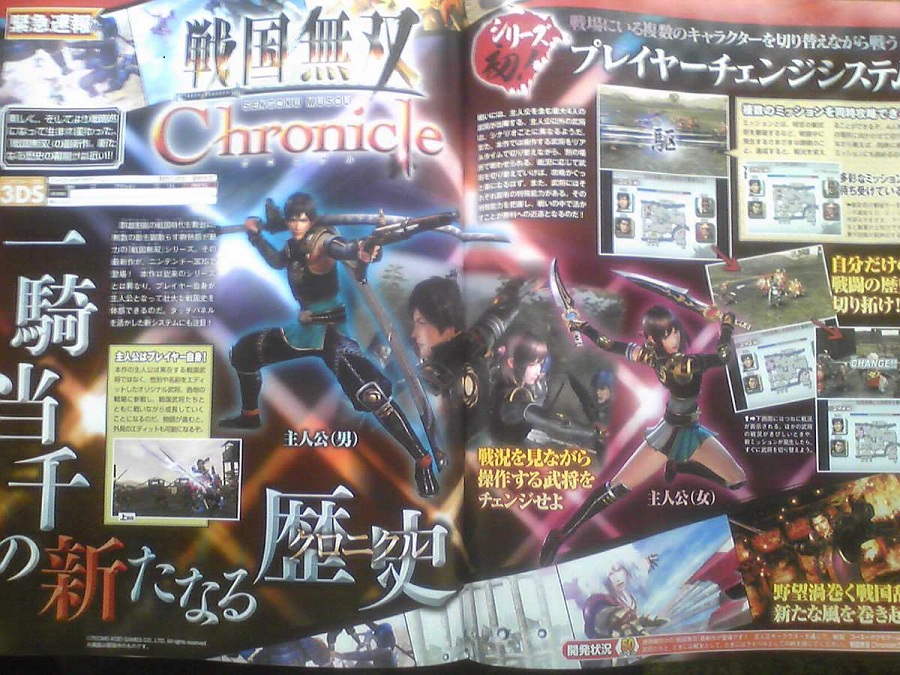 Create Your Own General in Samurai Warriors 3DS

Players will be able to create a customized general, male or female, for use in the game as the main character. As you progress through the story, you'll be able to edit this character's physical appearance.

One of the big new features for the game is the "Player Change System." You send out four generals to the battle field simultaneously and can switch out between them by selecting them on the touch screen. Each general has his specific skills and abilities, and who you get to select depends on the current scenario. The individual generals can be sent off to take on missions within the current missions, progressing through these missions in parallel.

Outside of selecting characters, the bottom screen is used to show your current status. The actual combat action takes place on the top screen.