US, April 8, 2009 - There are no accidents. At least, not when it comes to postings from Rare. That's why newly released screens from the beloved UK-based developer are causing a stir. Recently, Rare posted images of a new Banjo-Kazooie theme. Included in one of the images is the "My Xbox" blade for one of Rare's employees. Among the "Latest Games" listed is a fuzzy picture of Joanna Dark. This is not the icon that displays from playing Perfect Dark Zero.

The implication is that, like Banjo-Kazooie and Banjo-Tooie, the N64 version of Perfect Dark is headed to XBLA. The image is in no way confirmation of PD on XBLA. It could, as one editor noted, just be Rare "screwing with everyone." 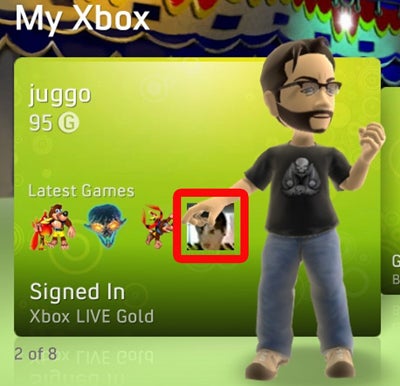 When asked to comment, a Microsoft representative said, "we have nothing to announce at this time."
Klicken, um alles anzuzeigen...