PS4/XOne Injustice 2 - Every Battle Defines You

Injustice 2 - Every Battle Defines You 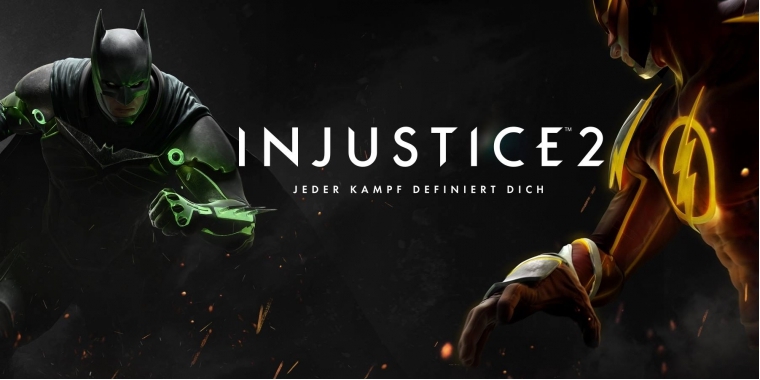 have taken all of the information given to us thus far and have come up with what I believe will be a close approximation of the final roster for Injustice 2. This information comes from Ed Boon, DC Entertainment, and the Injustice: Gods Among Us comic. I had three rules: 1) don’t make this a sausage fest. Ed Boon has stated that there will be more females in this game, specifically, “we will certainly have more girl-power in the roster.” With this, I believe about 35% of the roster will be female, so 10 women (6 heroes, 4 villains) and 18 men. 2) Add diversity. Ed Boon specifically stated that Injustice will add more diversity. This can be interpreted in two different ways. First interpretation, minorities. DC has a large and robust roster of characters who are of minorities. Second interpretation, taking inspiration from all of the corners of the DC Universe (not just Batman/Superman/Justice League characters). DC have such an amazing roster of characters, and to spend 24 character spots of mostly Batman and Superman characters is a travesty. I am interpreting this both ways. I also believe each member of the Trinity will be getting at least 2 supporting characters. 3) Stay in continuity of the comics and the game! This means characters who have died will stay dead because Neatherrealm will not want to rehash Quan Chi revenants. Yes, I believe Lex, Shazam, and Joker will not be returning. With the list, I will explain why I think each character will make the final roster.

Unconfirmed but Likely based on Evidence

9) Dr. Fate (his helmet shown on promotional shirt. Went to alternate dimension in comics but could find his way back to this realm.)

10) Black Canary (One of the most requested characters for Injustice: Gods Among Us. Not dead in the comics, but like Dr. Fate is in an alternate Universe. Could be brought back through magic. She was originally in the first game but was cut late in the process.)

12) Captain Cold (cold gun shown in video, and promotional shirt. He is growing in popularity and represents the Flash with Gorilla Grodd. Can replace Killer Frost)

13) Yellow Lantern (keeping with continuity, Hal Jordan is a yellow lantern. He is an extremely important character to the DC universe to skip out on, but I don’t see the Guardians entrusting him with another green ring.)

14) Green Lantern (Simon Baz or Jessica Cruz) (DC has been pushing these two characters a lot recently, and they are now both the Green Lanterns of Earth with their own ongoing title. They both fulfil the diversity/female quota, and could bring an interesting dynamic to the roster.)

19) Starfire (Popular but underused Titans member. Still alive in Phantom Zone, opposed Superman and his Regime. Brings in interesting story with Damian and the other corrupted Titans. Donna Troy could fill this spot too but would be too similar to Wonder Woman. Recently had own comic series)

20) Catwoman (like Harley Quinn and Wonder Woman is an extremely popular female character.)

21) Vixen (Was on Arrow, has own animated television show, and will be on Legends of Tomorrow. Growing in popularity and is being pushed by DC in the Entertainment division)

22) Enchantress (this spot originally was given to Circe, but Enchantress makes more sense from a business point of view. She will be the villain in Suicide Squad, and being in this game would help with cross promotion. Could replace Raven/Zatanna/Killer Frost.)

23) Ares (one of Wonder Woman’s greatest enemies. Played a larger role in the first game then most of the villains. He will be the villain in the Wonder Woman movie which will be coming out around the same time and they could cross-promote both products)

24) Cheetah (with the Wonder Woman movie being releases around the same time as this game, DC will want to give exposure to Wonder Woman and her supporting cast. Besides Ares and Circe, Cheetah is one of Wonder Woman’s biggest enemies. With Enchantress in the game, Circe would feel redundant, but Cheetah could be like a mixture between Flash, Catwoman, and Tanya.)

25) Deathstroke (He is one the most recognizable villains. Was in Arrow and will be in the DCEU.)

27) Darkseid (Superman/Justice League’s greatest foe. He appeared in both the comics and the first game and promised Superman Earth would be his.)

28) Nightwing (Played an important but limited role in the first game which could be expanded on in the sequel.)